Kooyonga Wins 2022 Simpson Cup Back to Back!

Congratulations to our Kooyonga team who won the 2022 Simpson Cup final defeating Royal Adelaide 5.5 to1.5! Well done to our Junior Div Team who made it through to the final but unfortunately were defeated by The Vines. Please see below for full results, summary and photos.

This year’s Simpson Cup final was a very special one with RA attempting to win their first final in 71 years (on their home course) and us attempting to win it in our centenary year, against our old foe. With such a strong squad we had some selection headaches to make in the lead up.

Geoff Brennan was the unlucky player to miss out, and to his credit he was on hand to provide great support to the team. Charles Shaw got things under way off the 5th tee in cold breezy conditions. He got off to a flyer, being 5 up after 6. He was never really threatened and his all round steady game saw him close things out 5/3. Just the start the team needed Kooyonga 1-0.

Freddie got ahead early in his match. His tee to green game was awesome however he was struggling a bit on the greens. Harry Coote pegged him back to be 1 up after 8 holes. From there it was all about Freddie, he won 6 holes in a row to close out the match 5/4. Kooyonga 2-0.

Joe Hodgson also played to a very high standard against Henry Perks. Joe had his nose in front most of the day and closed the match out in style with an eagle on the par 5 2nd, having knocked his second shot to about 8 feet. Kooyonga 3-0.

At this point things were looking good for us, having been a little tight half an hour earlier. All eyes then turned to Will Somerfield’s match which had been tight all day. He was up against Anthony Olsen who had not lost all year. Will was struggling with the driver but found a way to stay in the match. A clutch par putt on 13 let Anthony know he was in for a fight. Will was 1 down with 3 to go but birdied 2 & 3 to be 1 up playing the last. He closed things out with a rock solid par on the 4th and kept the cup at Kooyonga.

While all this was going on Kyle was up against Billy Cawthorne, who he played with in the state team. Kyle played some scintillating golf, chipping in for birdie on the 7th and halving in eagles on the 15th amongst the highlights. Kyle was 4 up with 4 to go but since we had already won he had to settle for a half. The best half Kyle will ever make.

Heath was in a tight tussle with Matt Lawson. There was never much in this match. Heath’s birdie on the tough par 3 12th being a highlight. Heath also found himself 1 down with 3 to play but made a tap in birdie on 2 and when play stopped he was all square with 1 hole to go.

Joel also had a tight match and found himself 1 down for most of the day. There were an incredible number of halved holes in this match with 2 players of similar style going head to head. Joel found himself 2 down with 3 to go when play was called off. He was very happy to walk straight across to the second green and celebrate with the lads.

On paper this looks like a comfortable victory, but it was far from that. Credit must go to Royal Adelaide, all matches were played in great spirit and they put up a serious fight. Ultimately the depth of our squad prevailed, effectively we had 7 players all of whom could play at number 1 if needed.

So back to back Simpson Cup wins after finishing top both years. A special thank you to all the spectators and caddies who came out during the year. It is very obvious we are the best supported team in the competition. When the boys play such scintillating golf, this is no surprise.

Credit to John Corbett, Jordan Kane and Darcy Salamon for their tutelage and getting the boys so well prepared. As per last year we were challenged but most times we managed to find a way to win. Our squad is very fortunate to have a professional group that is so invested in pennant golf.

I would also like to acknowledge the contribution of John Anderson in assisting me to manage the squad. We had all sorts of challenges thrown our way and at all times John provided wise counsel. He has a wealth of pennant experience and we are very fortunate to have someone like him at the Club.

The 2023 season will see us shooting for a hatrick of wins in our centenary year. This would prove to be even more special and would match our feat in the period 2004-2006.

The Division 2 Team played their grand final match on Sunday against The Vines at West Lakes Golf Club. The final game went to the 19th hole, and was a real nail biter being played by the 2 most junior members of both teams in front of a large crowd, with the Vines prevailing in the end to win 3 matches to 2. Better than any shot that was played on the day was the way that the other Kooyonga team members spontaneously ran to and embraced Ava on the 19th green after the final putt which showed how tight a bond has developed within the junior group over the course of the season.

Congratulations to all junior members who played in the Division 2 Pennant season, a great achievement to make the grand final, particularly given the relative inexperience of many players compared with their opposition most weeks. Most of the players also played in the earlier winning McMillian Shield season so have now played up to 14 match play rounds almost back to back – a huge commitment.

I’d like to thank the coaching group, particularly Jordan and Darcy for preparing the team so well, and also the Club for helping make the junior teams genuinely feel like they are an important part of the overall club.

Finally I like to thank the parent / caddy group for their support to the team and myself throughout the season. 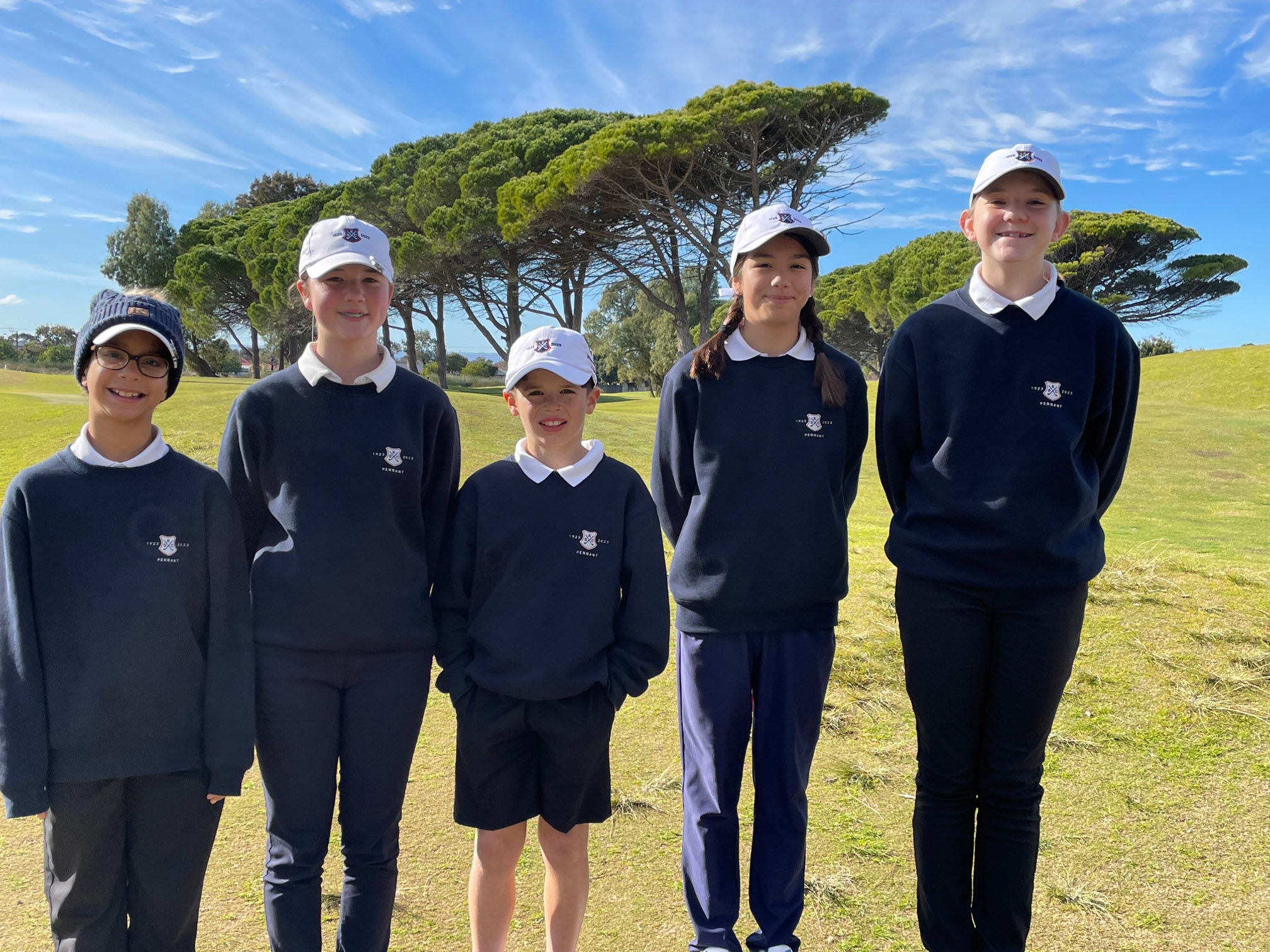 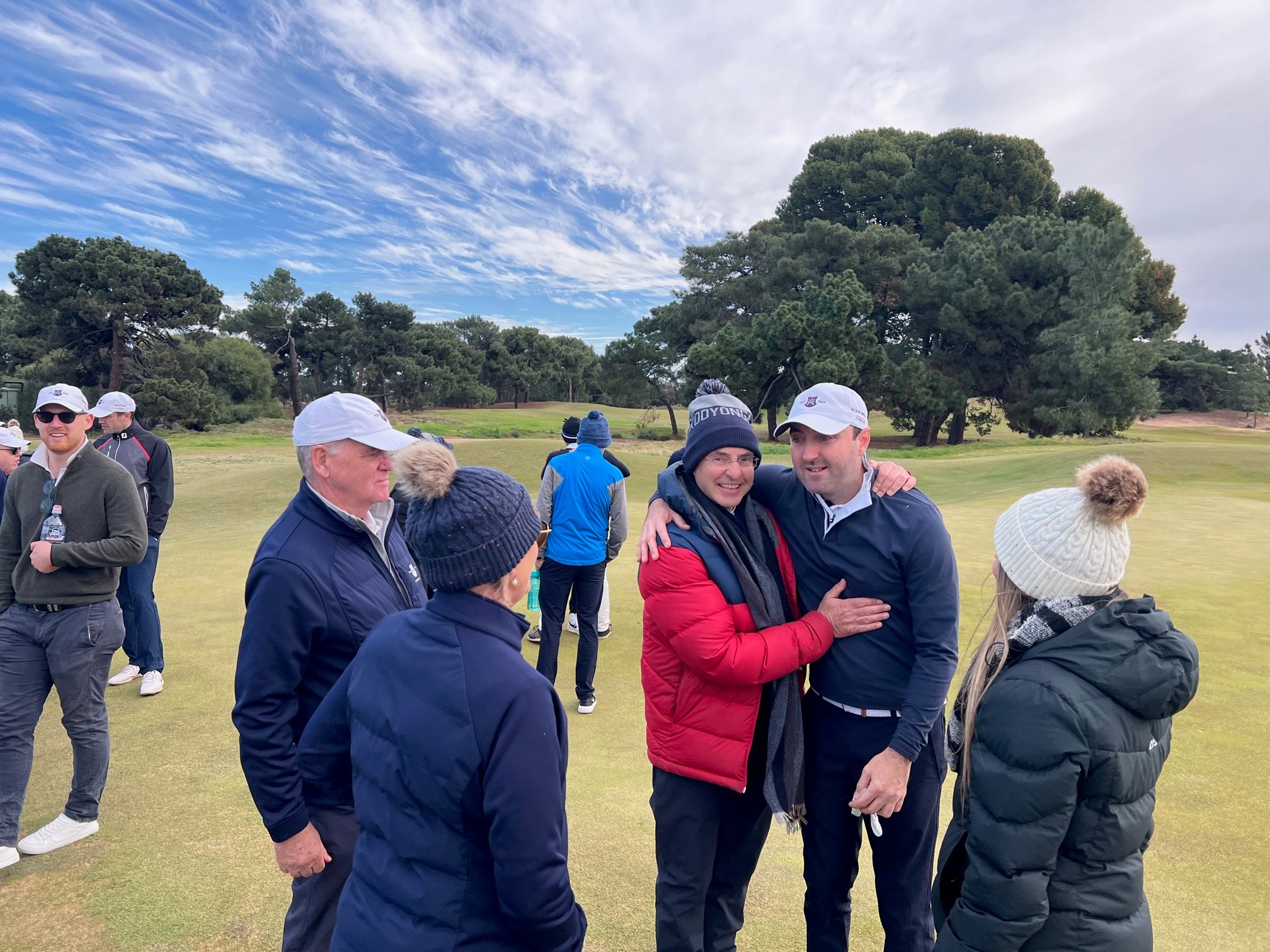 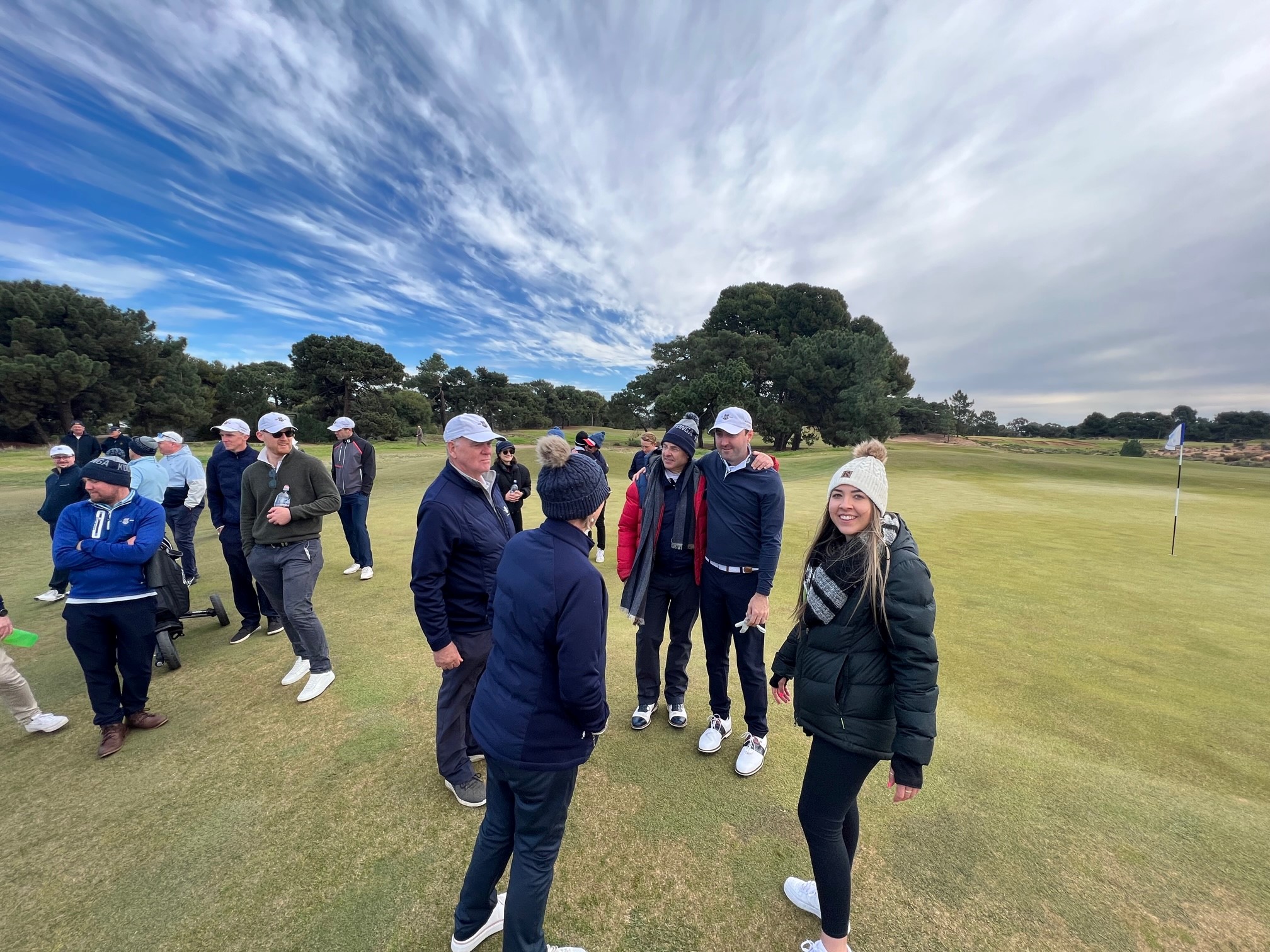 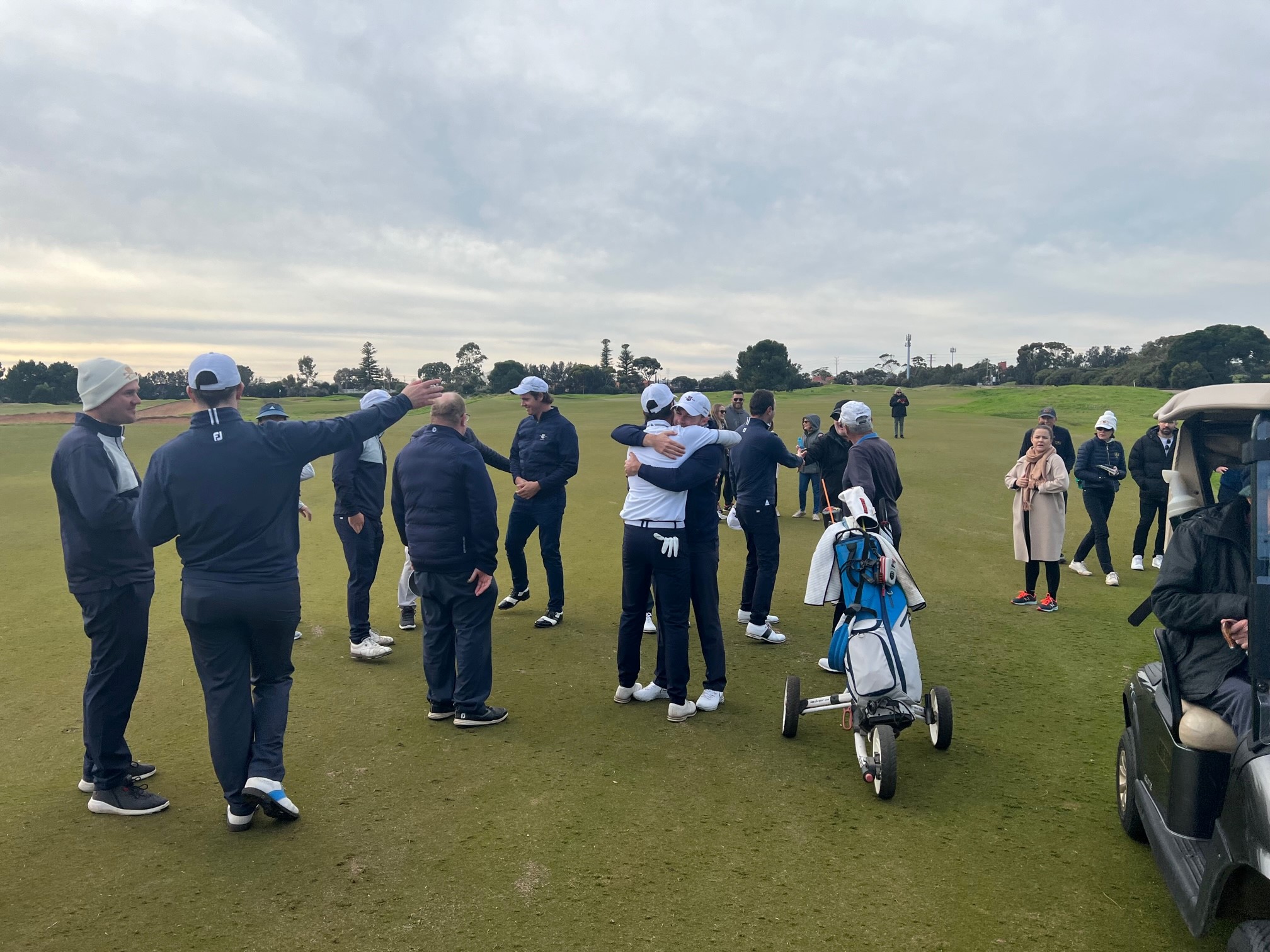 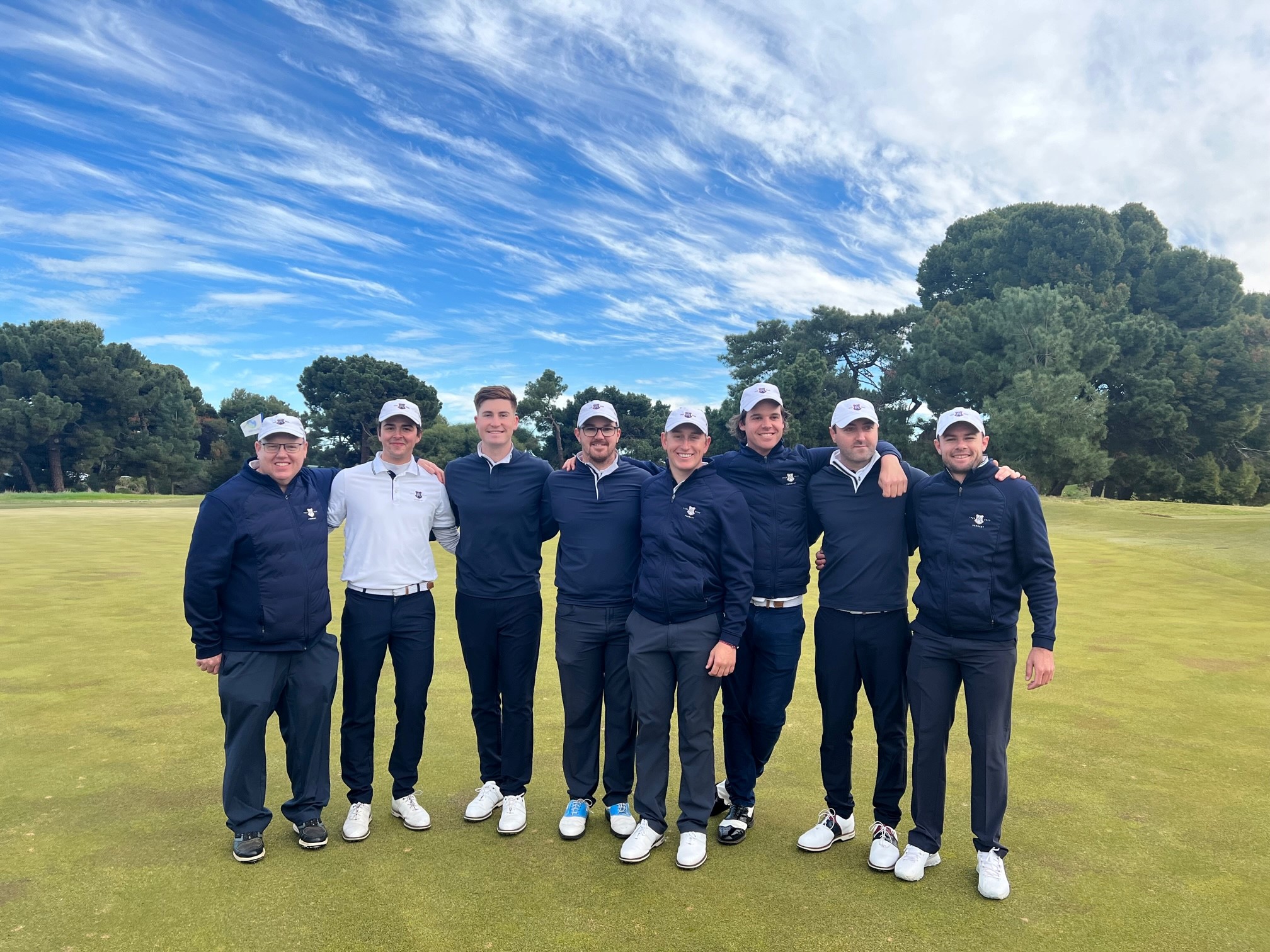 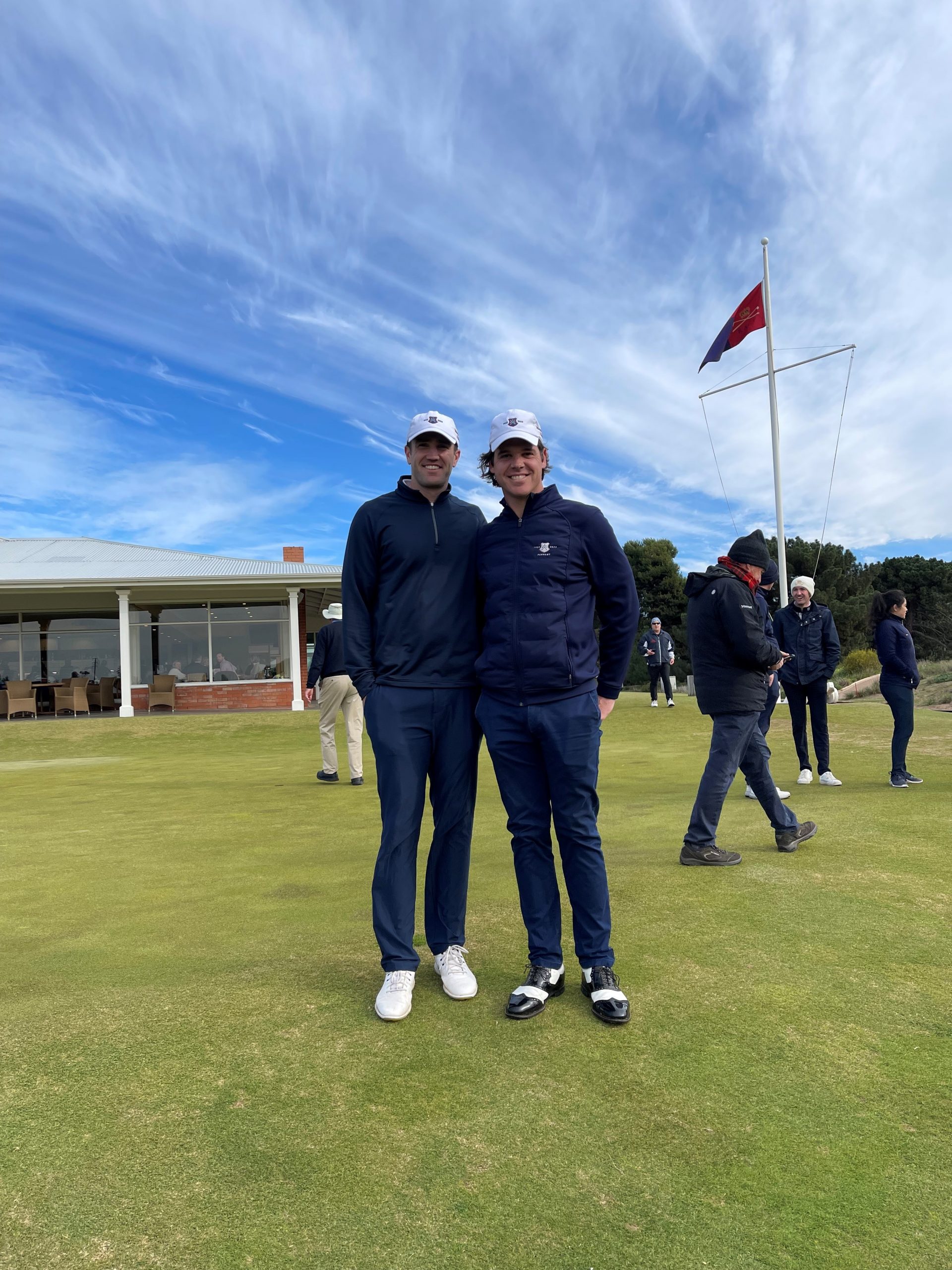 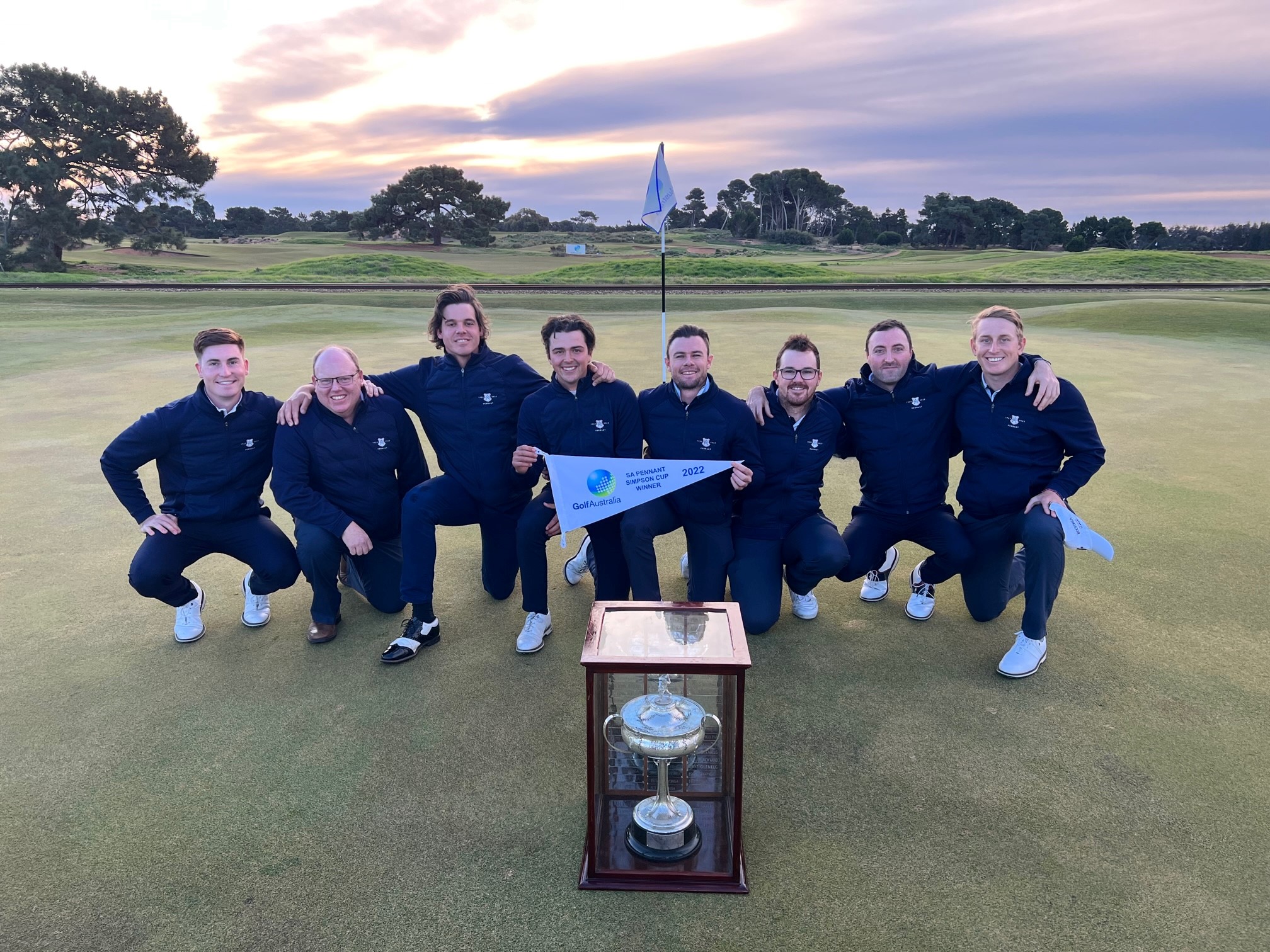 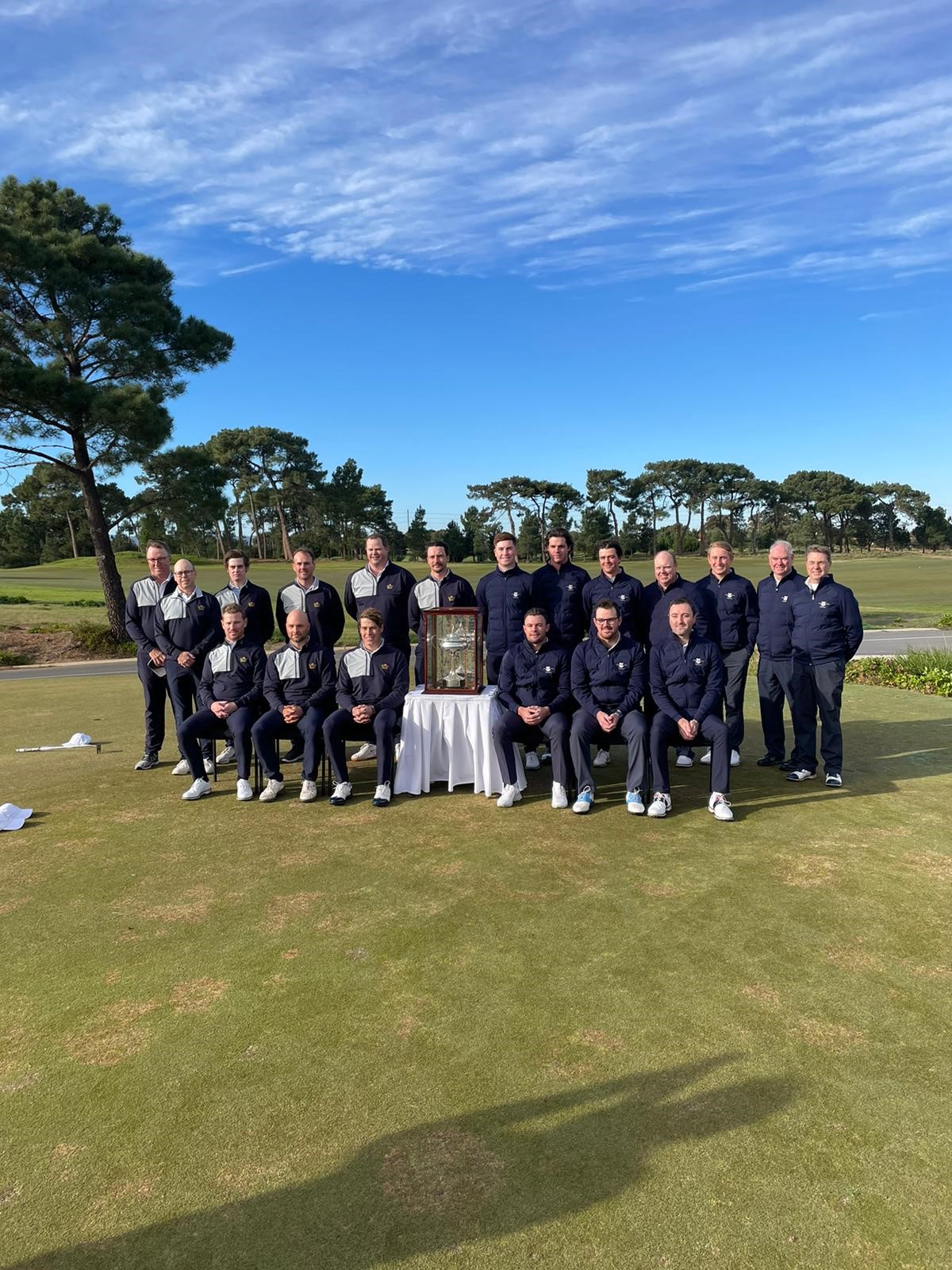 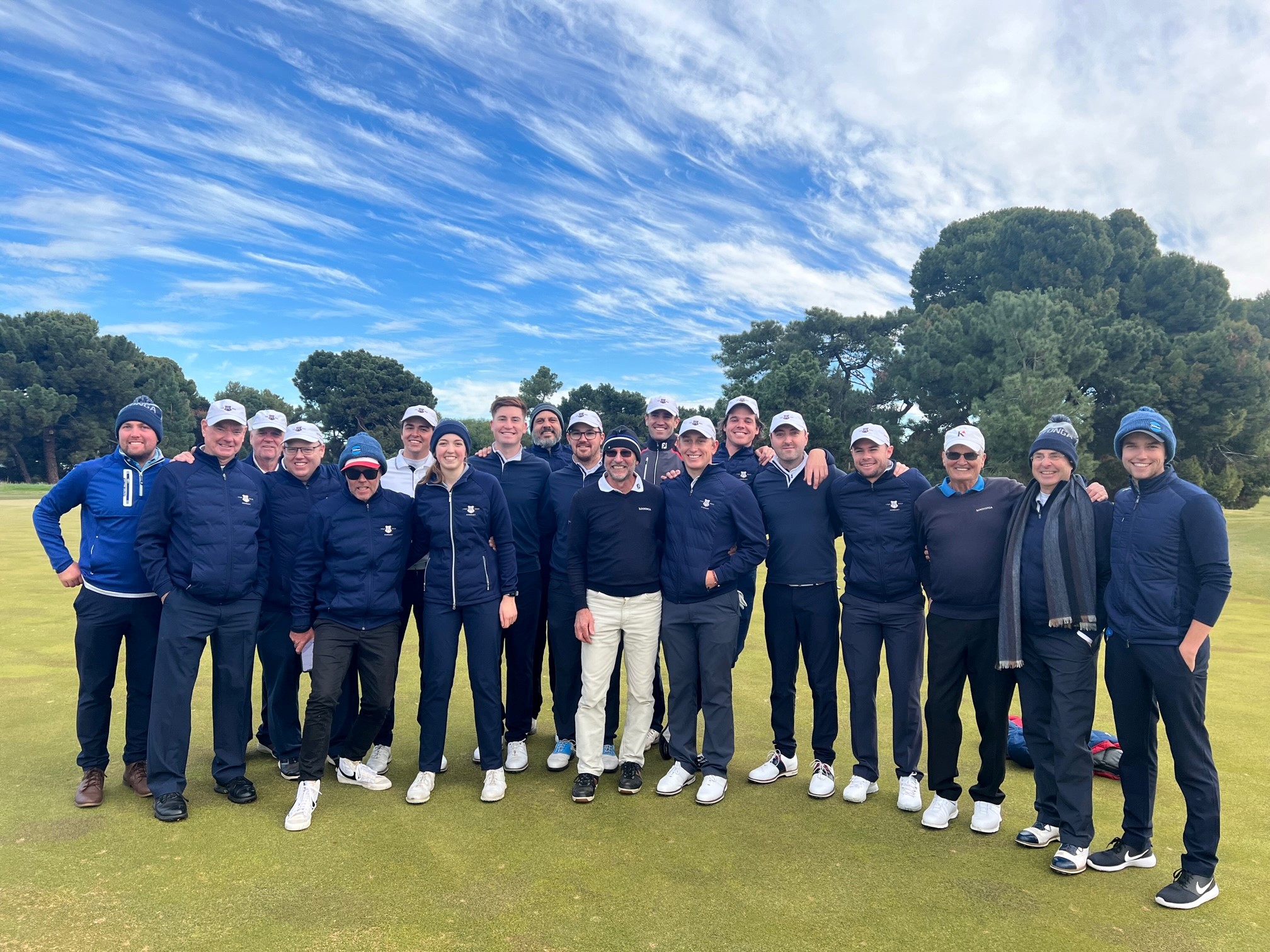 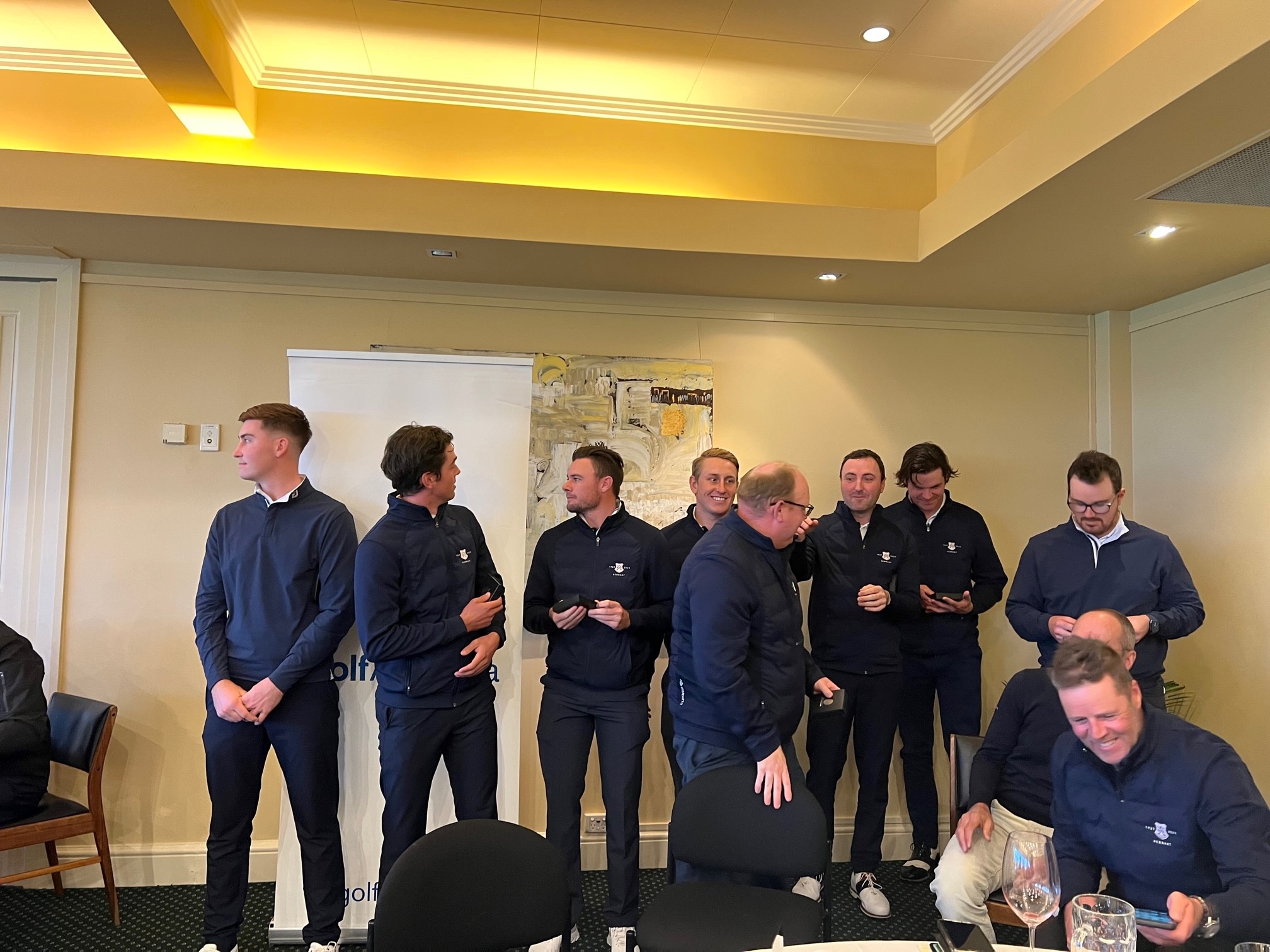 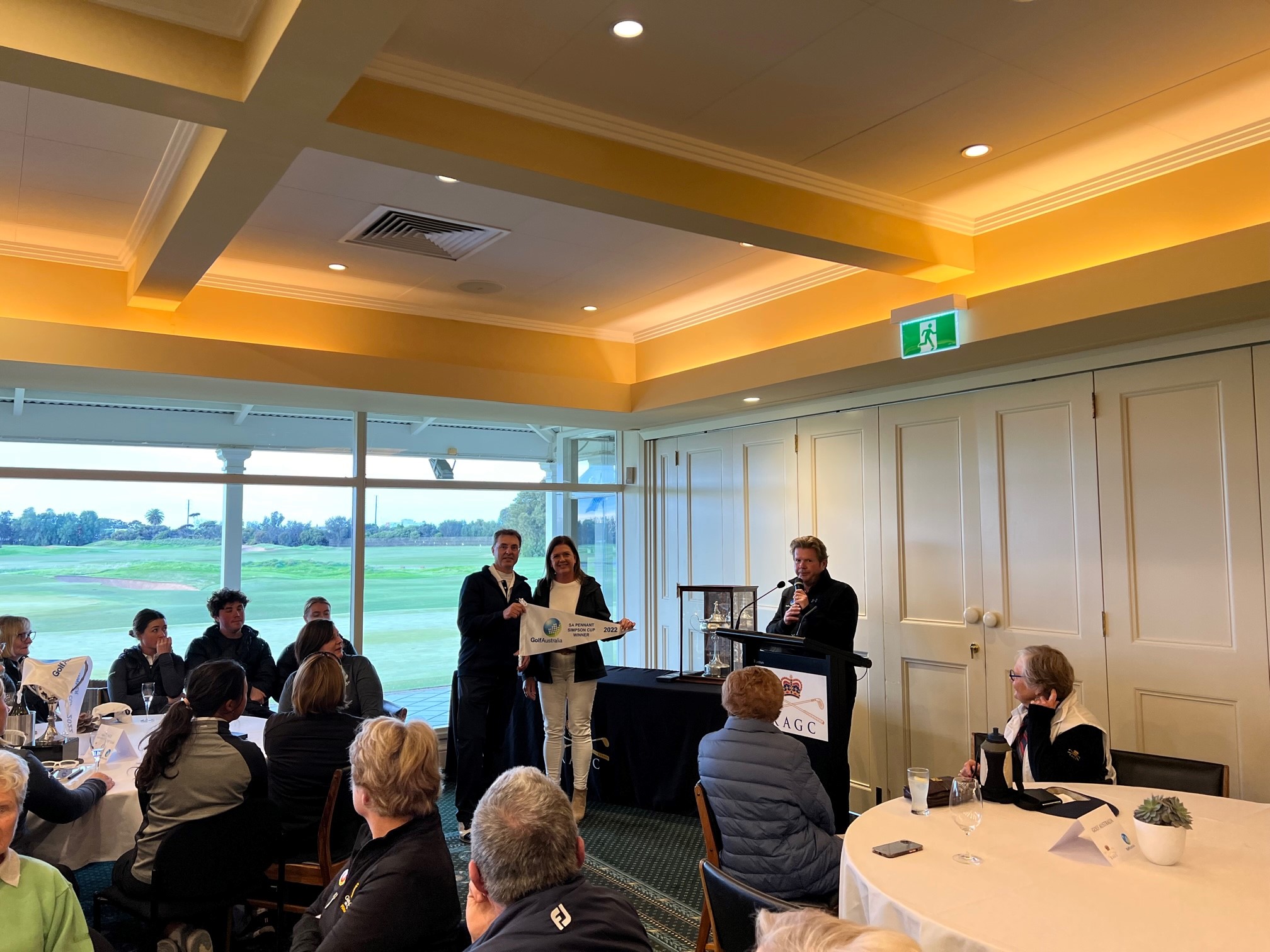 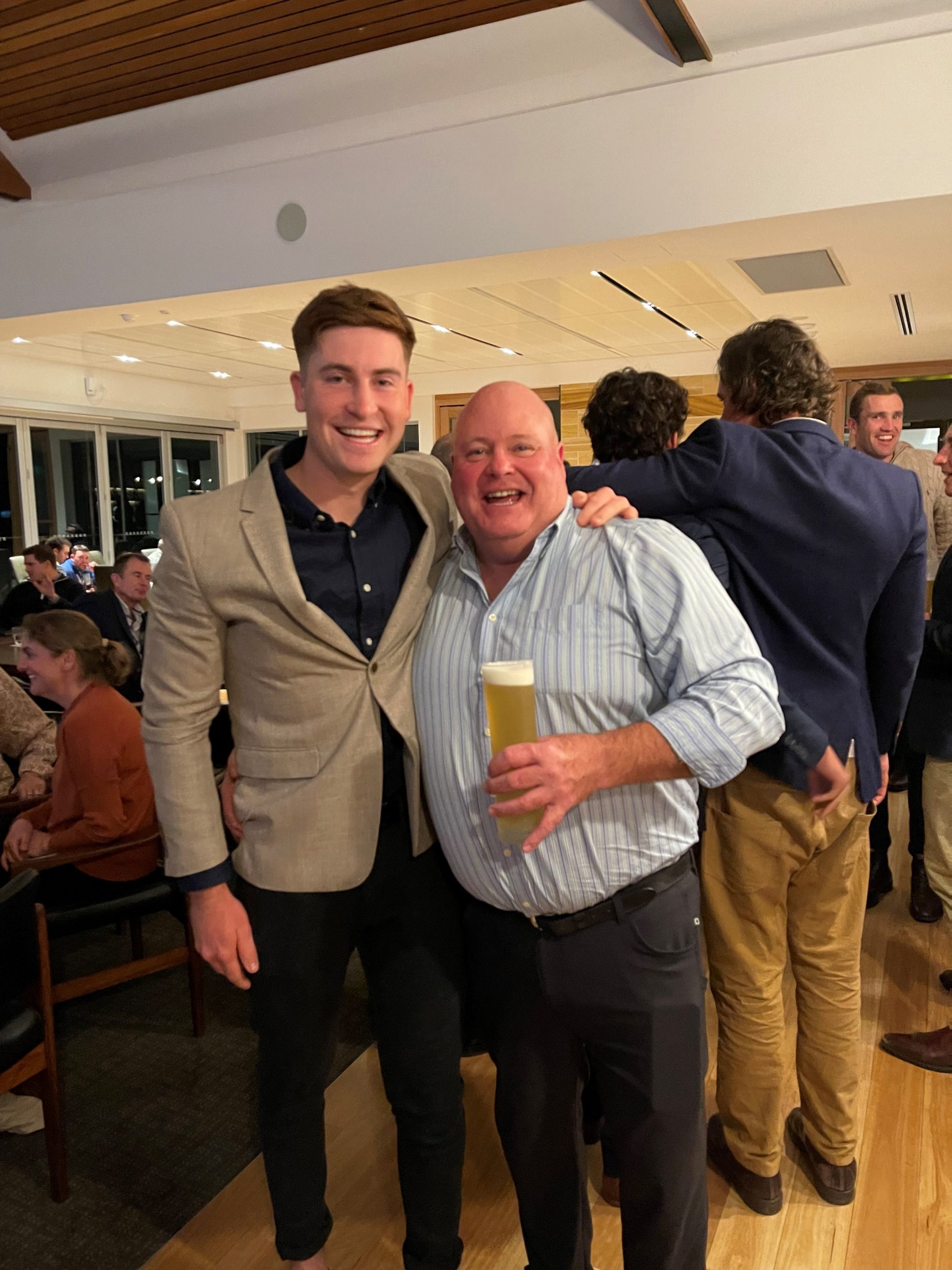