Congratulations to our Simpson Cup team who won the Pennant Final on Sunday 11 July, defeating The Vines 4.5 to 2.5!

The Vines got off to a strong start and through 6 holes were 5-2 up on us. Both Frank and Heath got off to slow starts against solid opponents. Frank was unable to recover from an early deficit.

Heath was 6 down at the turn and fought back to be 2 down with 2 to go, however his opponent played the 17th hole well and closed it out 3/1.

Freddie got off to another great start with 3 birdies and an eagle on the front nine turning 5 up. A highlight being his 3 iron into the difficult 3rd hole. He stiffed it to about 5 feet and made birdie. Most groups were halving this hole in bogeys. He was so composed all day and closed out the match 4/3.

Joel at number 3 played some inspired golf. The turning point being the albatross (that’s 3 under par) he made on the par 5 5th hole, where he holed a 2 iron from 230 metres out. John Corbett was behind this green and was witness to what he described as the perfect golf shot. Despite things being tight early Joel played great golf all day and closed out his match 4/3 in what was his best performance of the year.

This meant the contest came down to the other 3 matches which were all very tight – Geoff at number 7, Will at number 6 and Kyle at number 2.

Geoff Brennan got to 2 up with 2 to go however his opponent birdied 17 and 18 to force it down 19. Simultaneously Will got to 2 up with 2 to go and his opponent birdied 17 to force it down 18. Will was able to close out on 18 with a tap in 5. That put Kooyonga up 3-2 up with Geoff going down 19 (the first at Glenelg). Both players hit the green in 2 with Geoff slightly closer to the hole. Geoff’s opponent putted up to about 4 feet, Geoff narrowly missed his birdie and tapped in for 4. Unfortunately for the Vines Geoff’s opponent missed his 4 footer, meaning Geoff had won and so had Kooyonga.

Whilst all this was going on Kyle was in a very tight battle with young Charlie Nobbs. The match never had more than 1 th difference in what was a very high standard contest. Kyle was 1 up playing 16 when word came through that Kooyonga had secured 4 matches, meaning Kyle’s match is deemed a half. Had Geoff or Will not closed things out it would have come down to Kyle’s match.

A special mention to The Vines. They were so close to wining this and were very gracious in defeat. The match was fiercely competitive and was played in a great spirit. We look forward to many good battles with them in years to come.

It was a very special day which concluded a very special season for our Simpson Cup team. We won 8 out of 9 matches and were so so close to an undefeated season.

4 of our players (in a team of 7) were named in the team of the year – Frank Vucic, (at number 1) Joel Durnford, Heath Riches and Will Somerfield. Will winning 9 out of 9 matches.

An achievement of this kind does not happen without a lot of hard work. A big thank you to John Anderson for his words of wisdom and support in co managing the team throughout the year. He never missed a practice, is always 1 step ahead and I think he has already started planning for next year.

Thank you to all the caddies who gave up their time to support our players. In those clutch moments having a steady handed caddy can just be the difference.

To the blue army who supported the team throughout the season, thank you.

A special mention to Hans and Sue Lutterus, Dean Willing, Keith Barnard, Bill Johnson and Chloe Duval, who attended every match (even travelling to Lady Bay).

John Corbett and Dan Blackwell did an amazing job in running the practice sessions and helping to create a high performance environment. Practice started back in February and they never missed a session. They were always on hand for the boys to assist them with any issues they had. No 2 practices were the same and there was a great mix of competitive drills and mind work which prepared the boys for the pressure of Simpson Cup. We were seriously challenged in 6 out of 9 matches and it was  down the stretch when the boys turned potential losses into wins. This was in large thanks to the teachings of John and Dan. Great job lads.

And finally thank you to the Club Committee and management for the support they have provided to pennant golf. The Club provide a generous budget for pennants and without this such an achievement would not be possible. The pennant group are very appreciative of this.

The club should be very proud of this group and we look forward to even more support next year when we attempt to go back to back!! 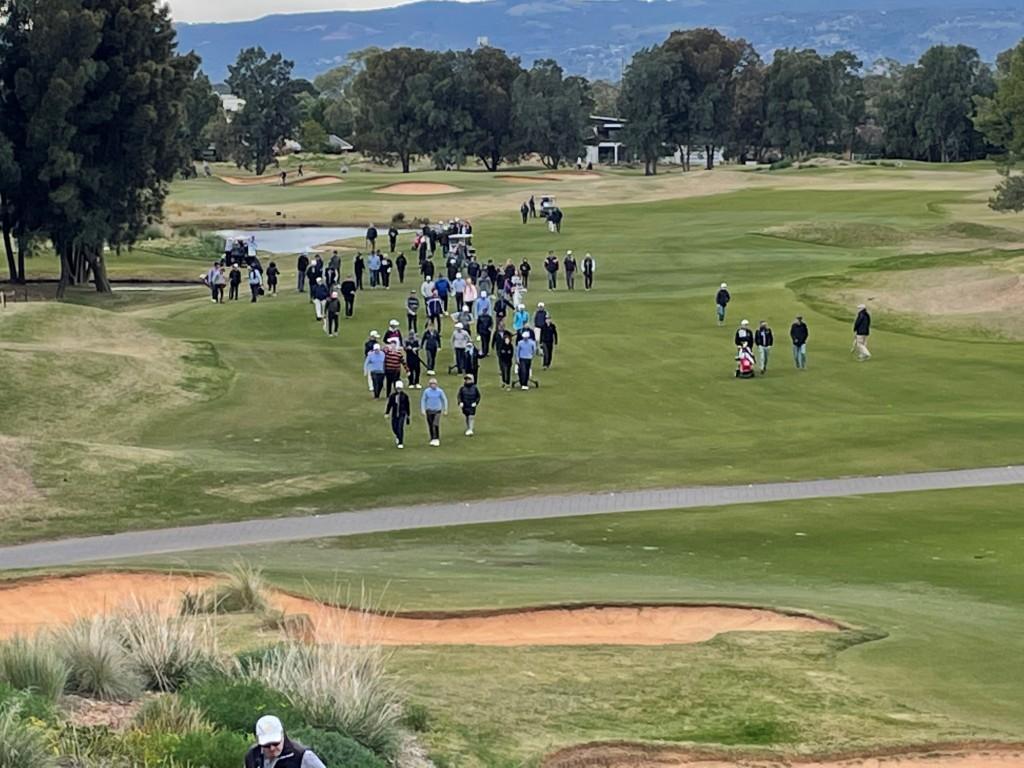 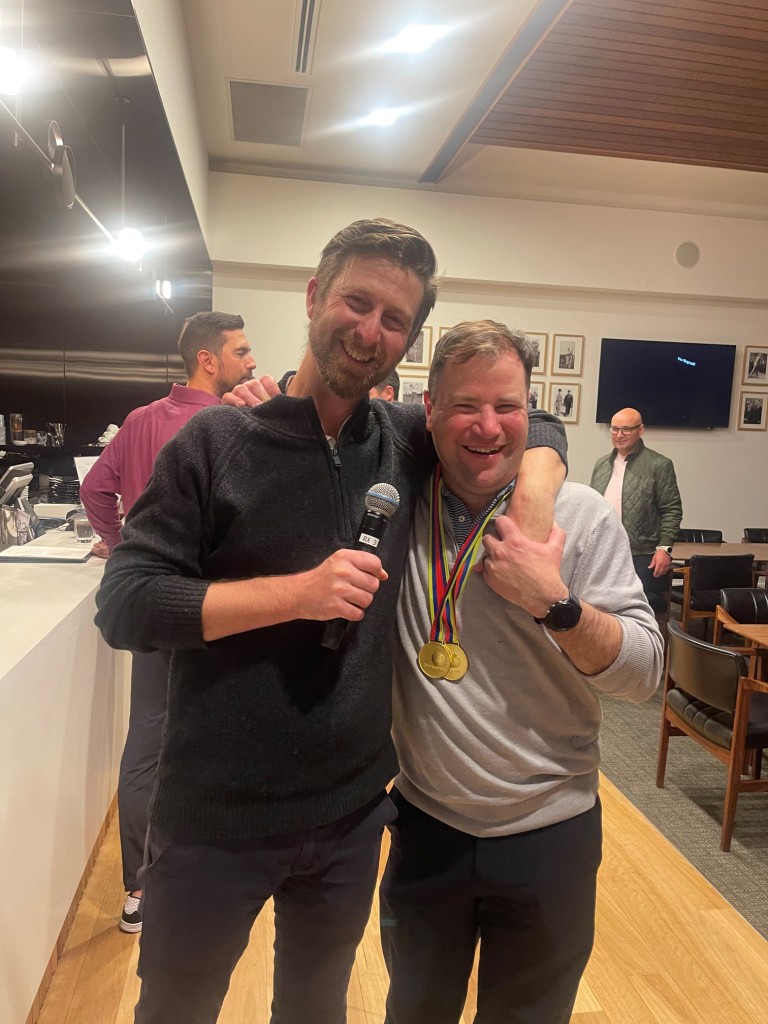 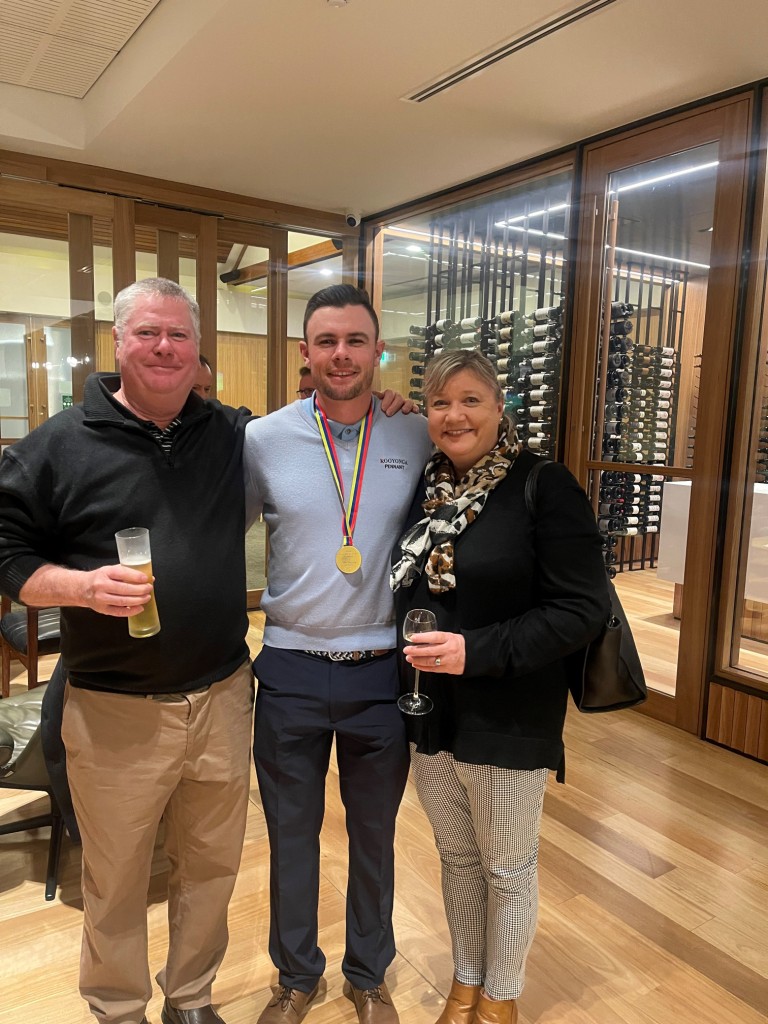 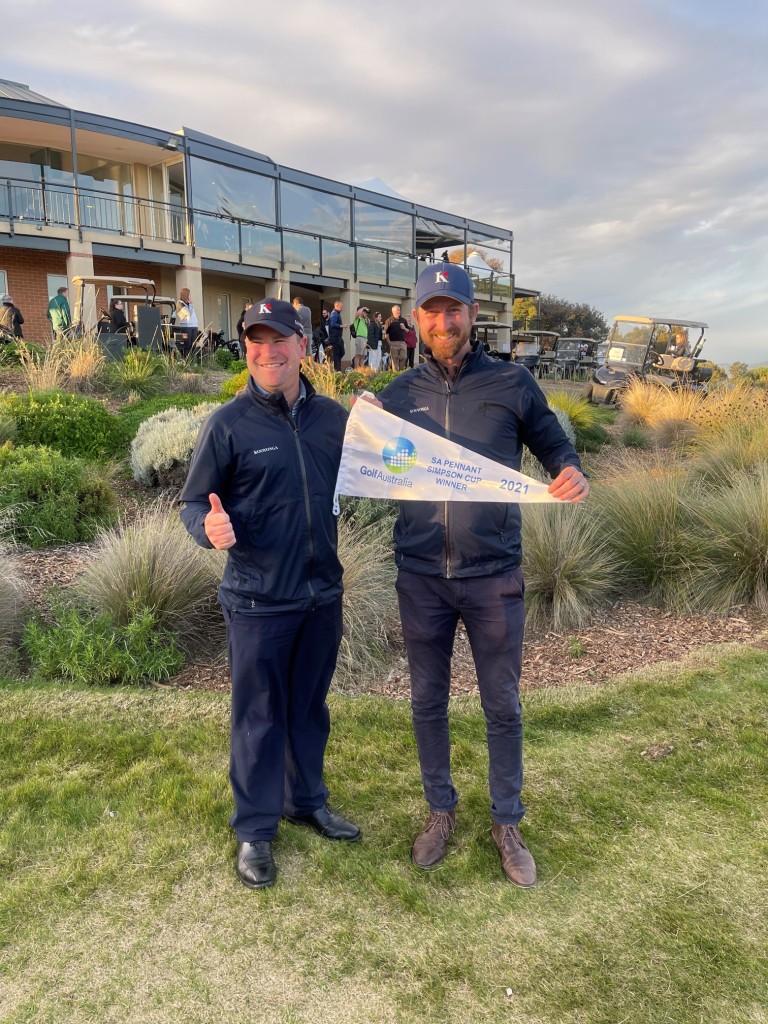 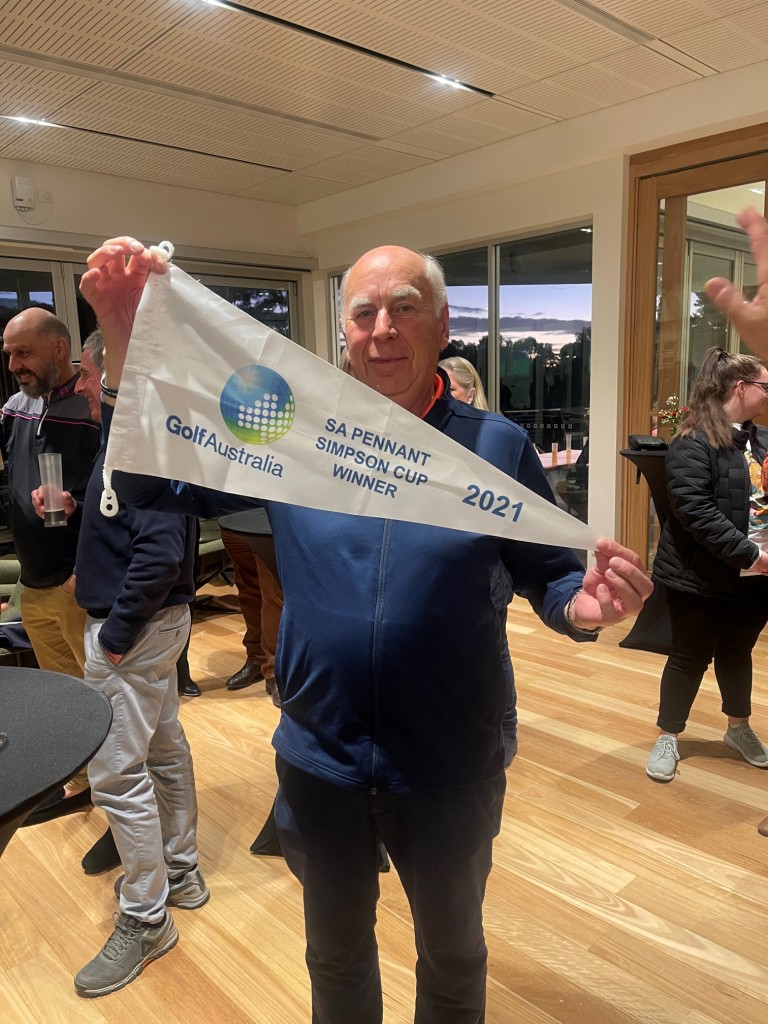 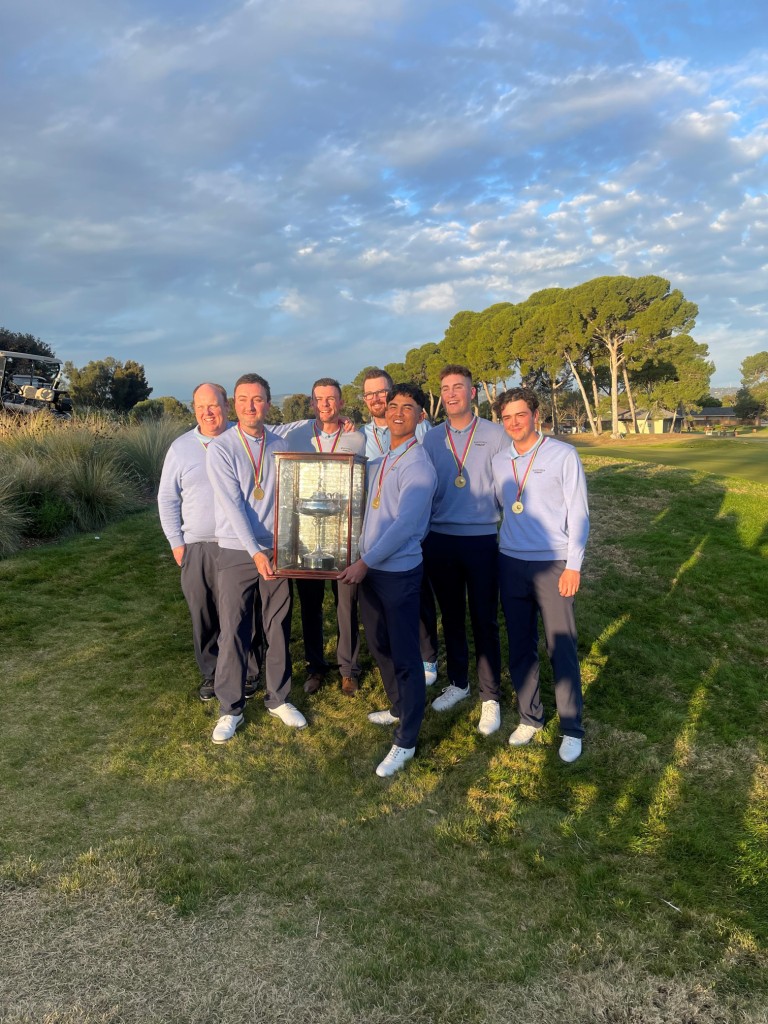 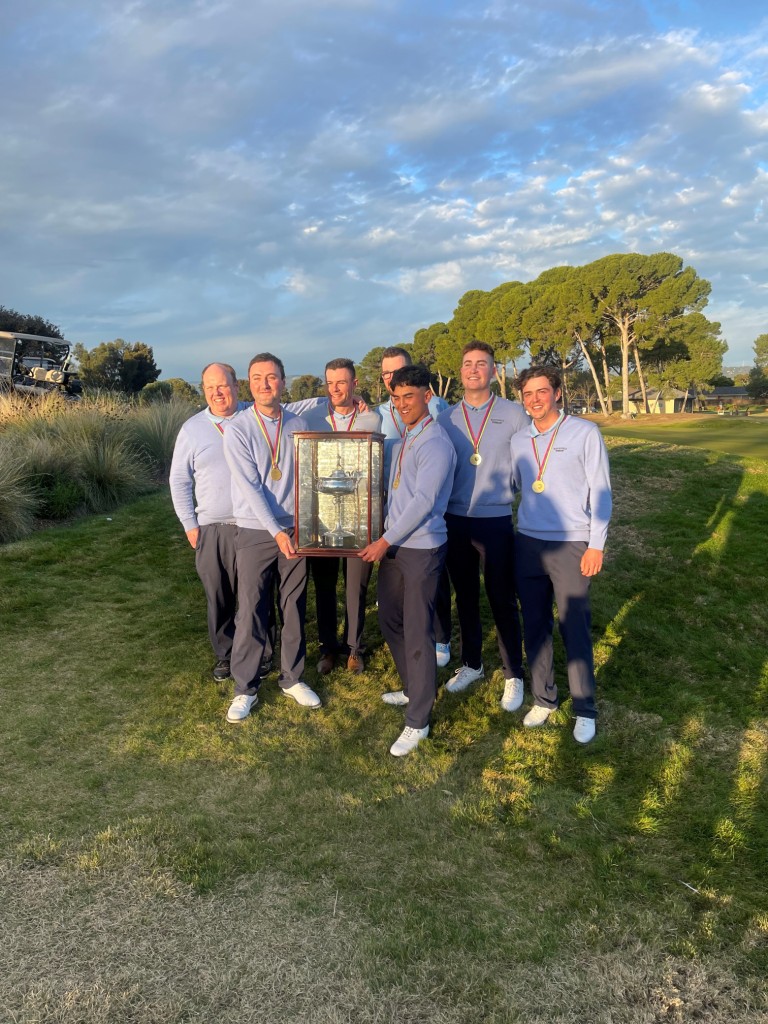 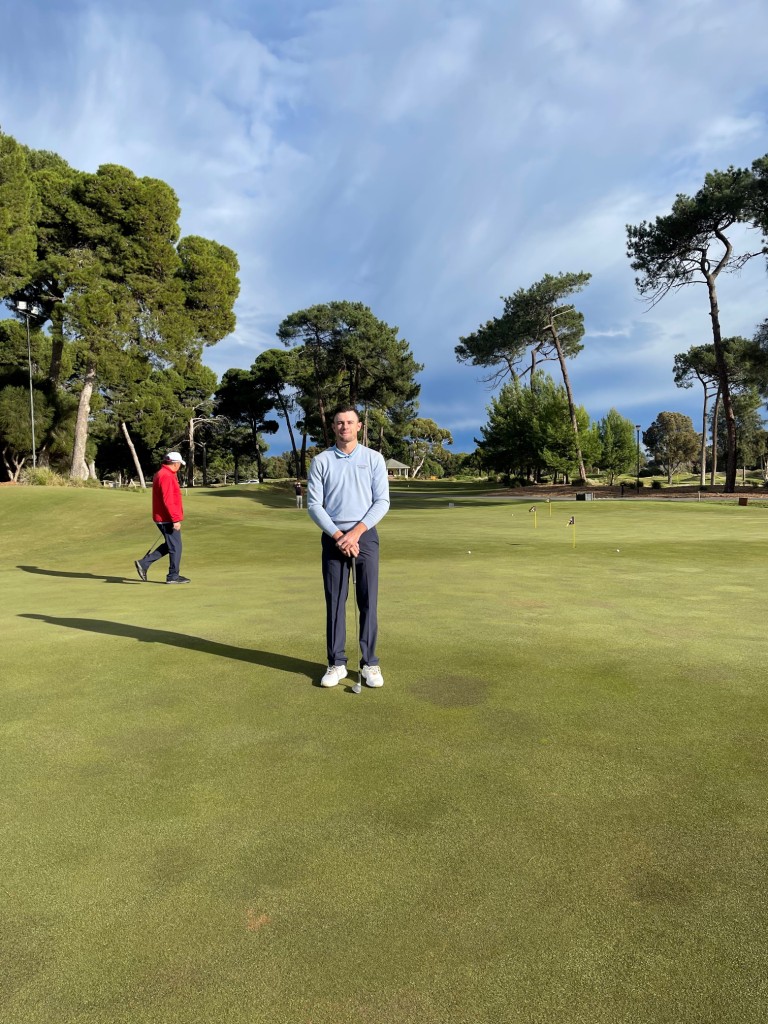 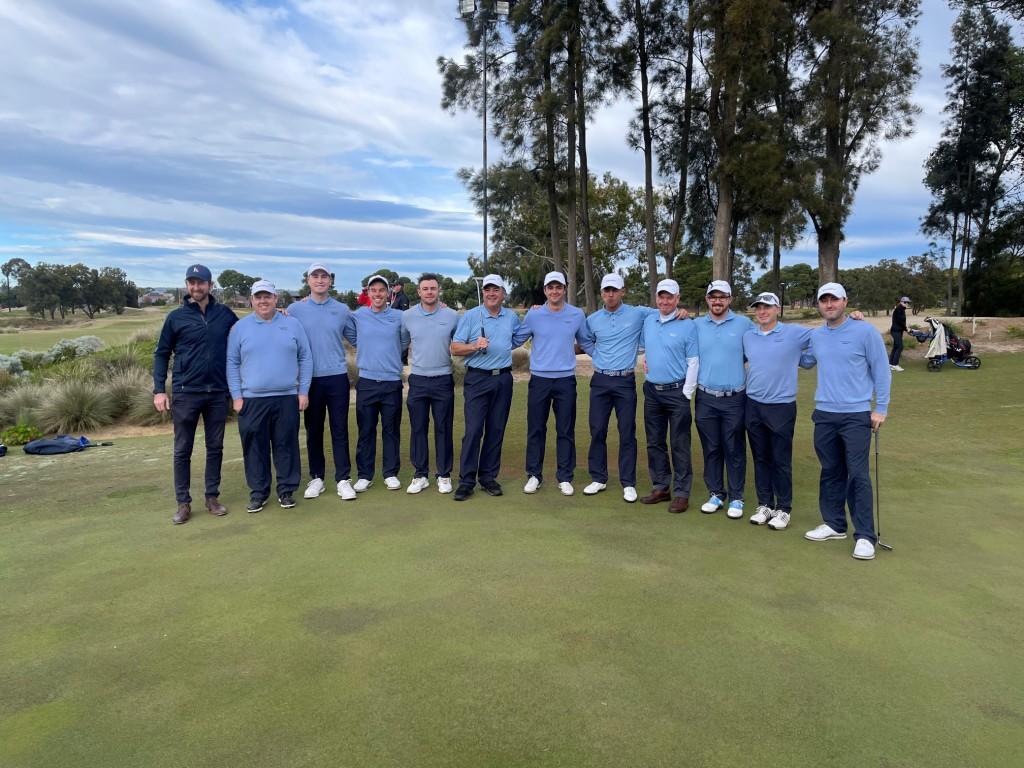 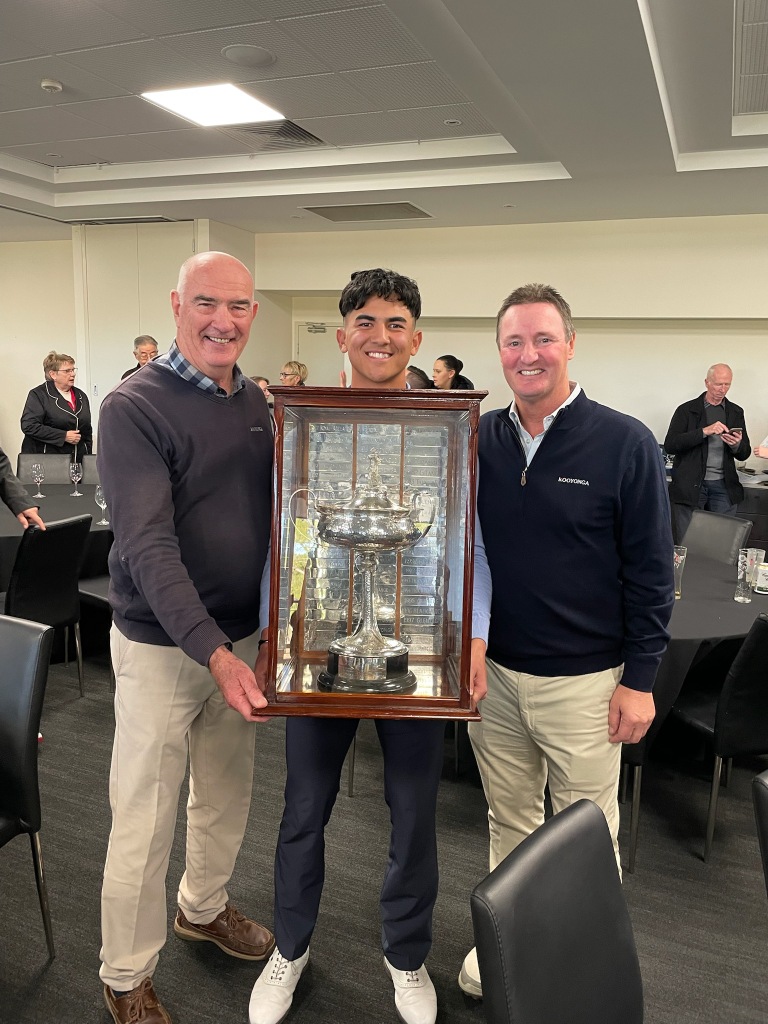 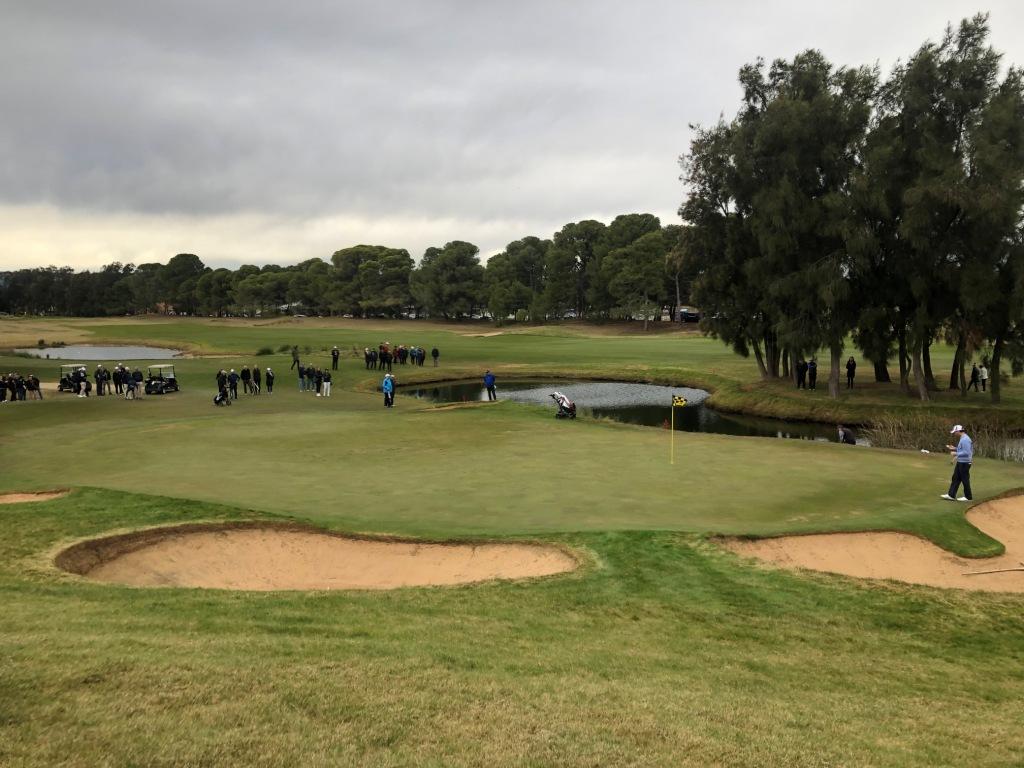 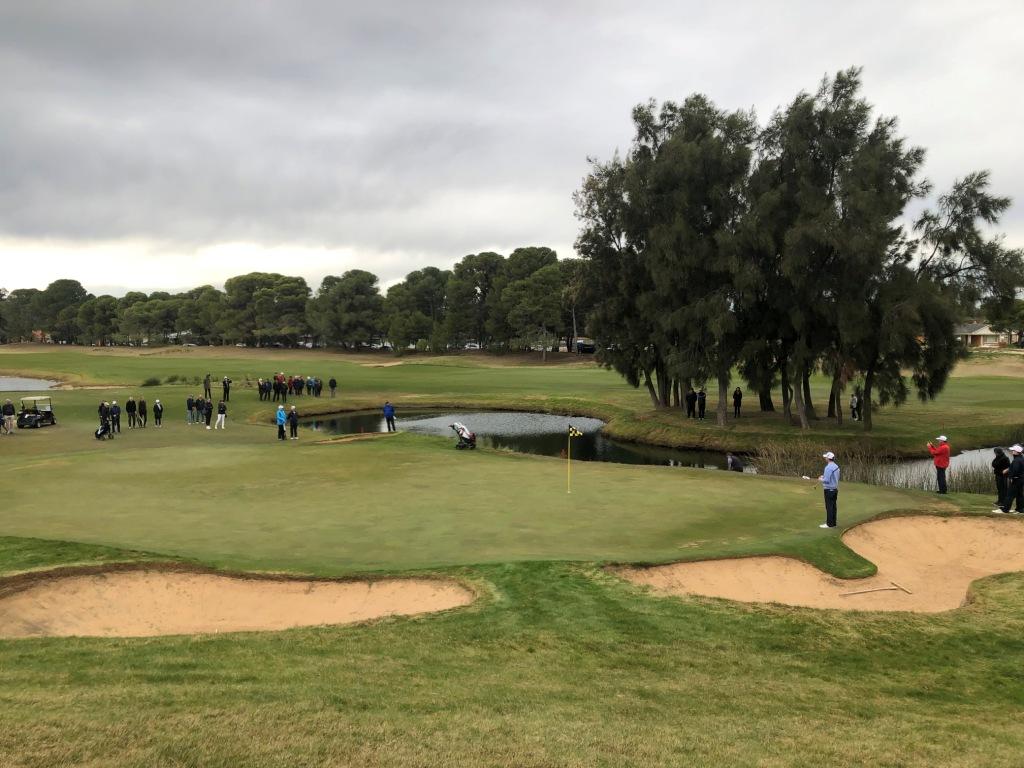 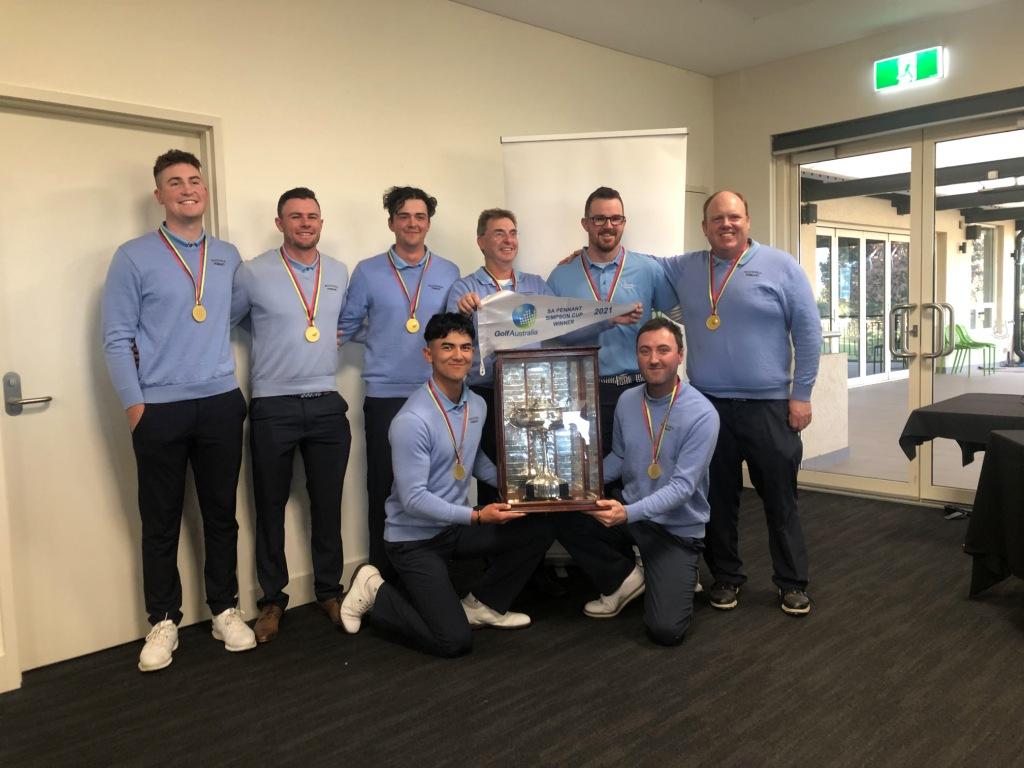 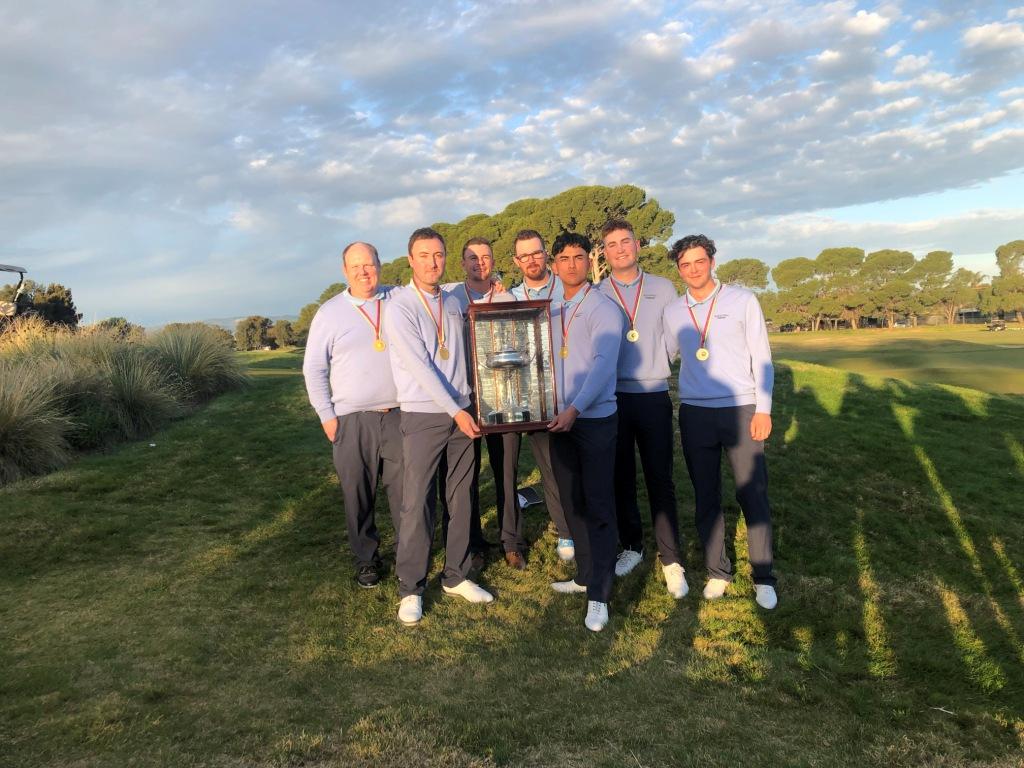 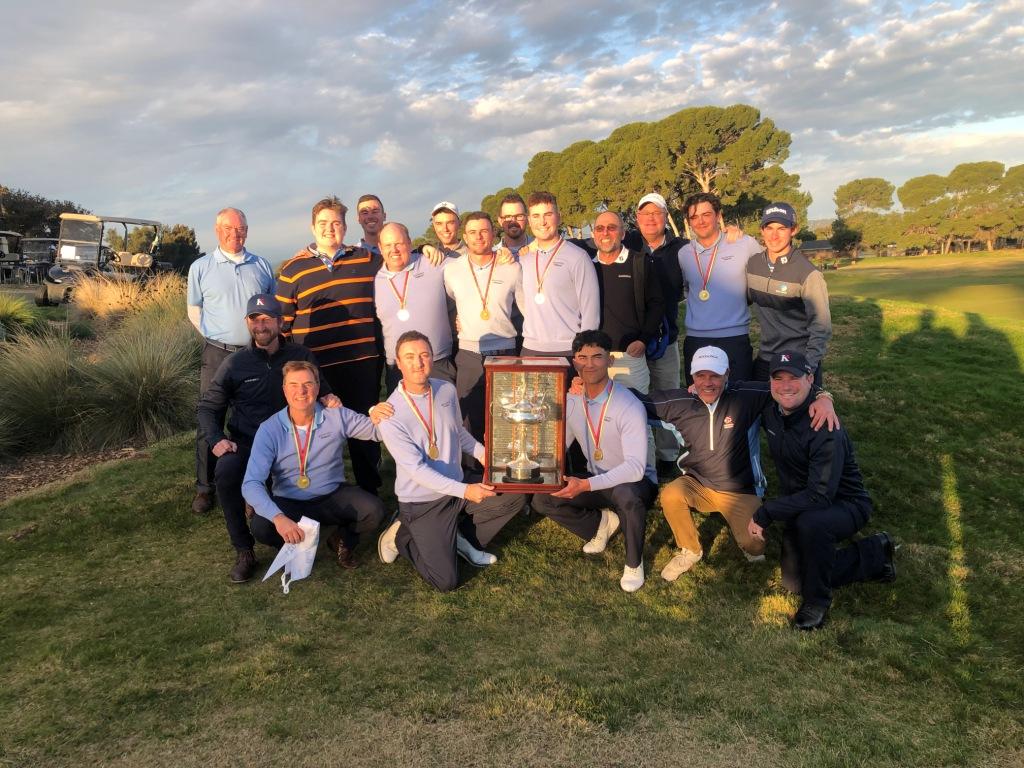 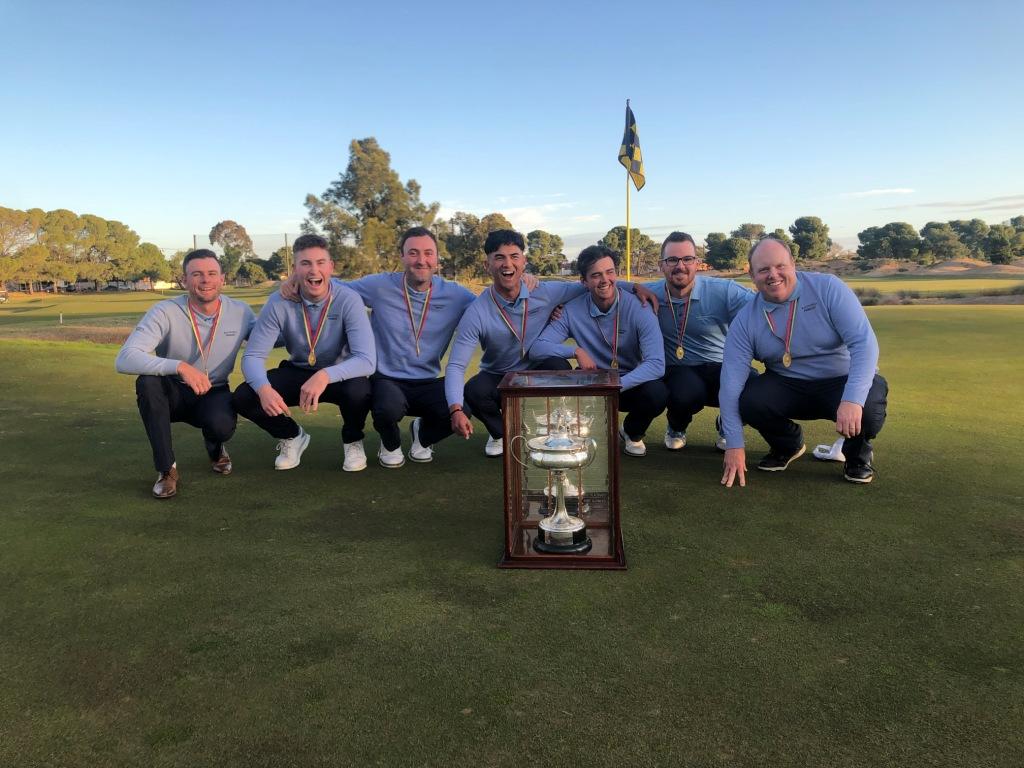 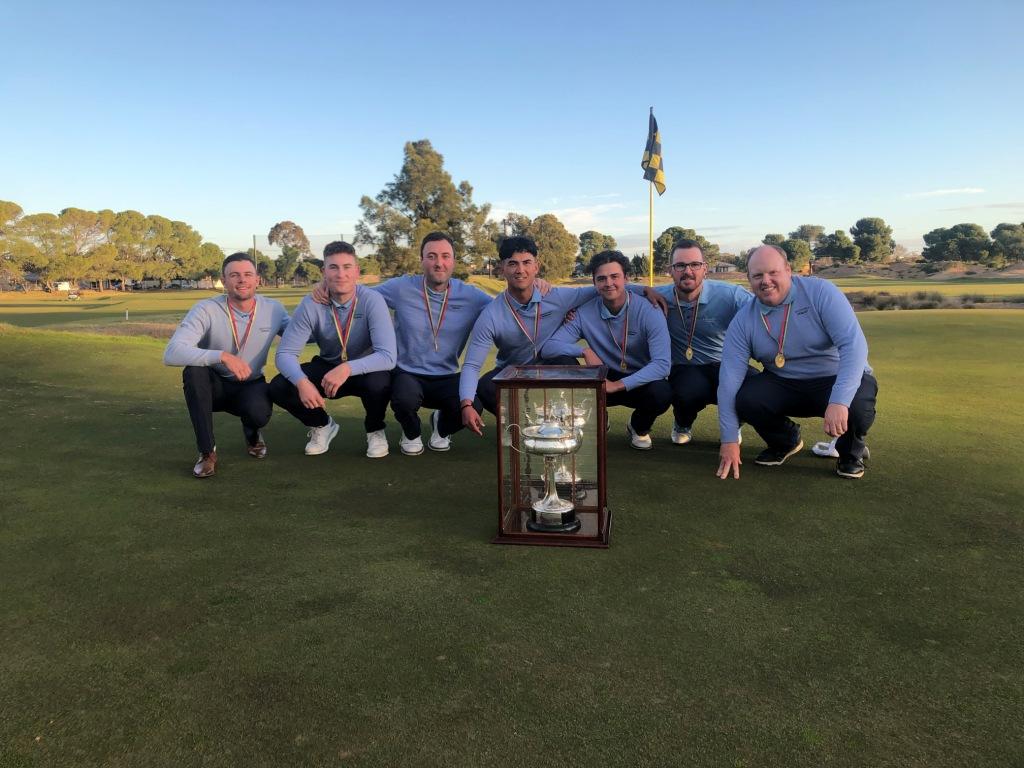 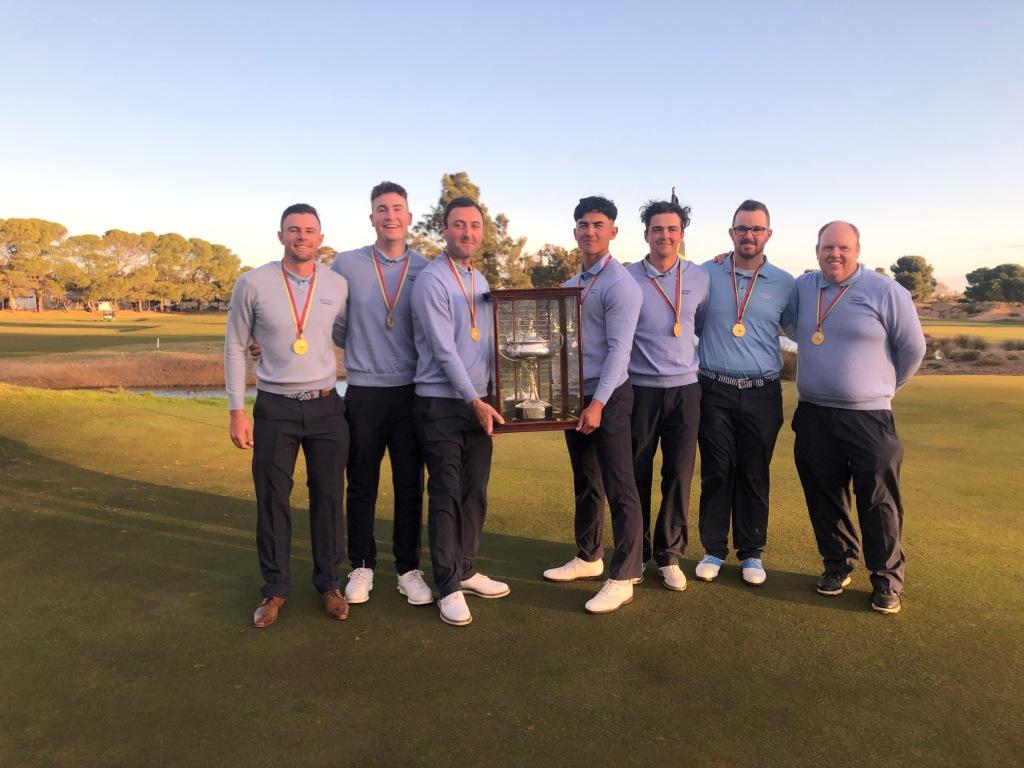