Congratulations to our Simpson Cup, Bonnar Cup, Sanderson Cup and Pike Cup teams for all making it through to the semi finals this coming weekend! Simpson Cup and Bonnar Cup both had wins in the final minor round with Simpson defeating Flagstaff Hill 7/0 and Bonnar defeating Regency Park 5/2. Sanderson Cup and Pike Cup were unfortunately both defeated by their opponents but their strong season still sees them heading into the semi finals. Our Sharp Cup and Junior Div 2 teams were also defeated this weekend and have missed out on making it through to the semi finals, but have played well during the season and we wish them better luck next year. Our Women’s Cleek 2 team played their semi-final today but were unfortunately defeated by Blackwood 3/1 resulting in them missing out on the final, however we congratulate them on making it through this far.

Despite some of our boys being challenged early, we went on to post a 7-0 win.

Freddie got things rolling with a 7/6 win. Heath fought back from a slow start to win 4/3, Kyle jumped to an early lead in his match and closed it out 4/2. Frank’s short game was very impressive and secured him a 2/1 win. He casually tapped in his winning putt, having not realized it was for the win. Joel had his nose in front most of his match and closed it out 2/1.

Geoff and Will played below their best but showed good fighting qualities to post tight wins.

We ended the minor round on top of the table with 6 wins from 7 matches and have earned a semi final spot against Grange at Kooyonga this Sunday. It would be great to have a sea of blue supporters there to cheer on the lads.

A 5 matches to 2 matches victory against Regency Park secured the Bonnar Cup team a berth in the finals.

Play was stopped for approx 30 minutes at North Adelaide due to heavy rain and water logged greens. At the time (6 holes played), we were slightly down in 4 of the matches, so to eventually win 3 of the 4 matches that finished at the 17th was significant.

We look forward to next week’s challenge against Glenelg at The Vines. Play commences at 12:10pm from the 1st tee. Bring it on!

Sanderson Cup team ventured out in the rain at Glenelg yesterday and came up against the home side playing for their place in the final.

The team went down 3.5 to 1.5, with the highlight being a really strong win by Matilda Miels who played some super golf in the heavy conditions.

That concludes the minor round with Kooyonga sitting on top of the ladder and looking forward to a rematch against Glenelg at home next week in the semifinals. Thanks again to all our caddies and supporters who have been out each week supporting us, it’s very much appreciated by the team!

Kooyonga’s Pike team has made it through to the semi-finals, to be played at TTG next week, despite  a loss 3-2 to RAGC in a very closely contested match. Rachel Fry and Jill Trenorden, playing at one and three, never looked like losing and recorded good 4/3 and 7/6 wins. The other 3 matches – Jodie Deacon, Melissa Nelligan and Isabelle Tye, could have gone either way. Tough for players and caddies! We started in the rain and finished close to sunset with lots of support from reserve, Linda Ferris, Kooyonga members and the Sanderson Cup players. It’s great to see team spirit and fun combining in a brand of golf that represents Kooyonga so well. 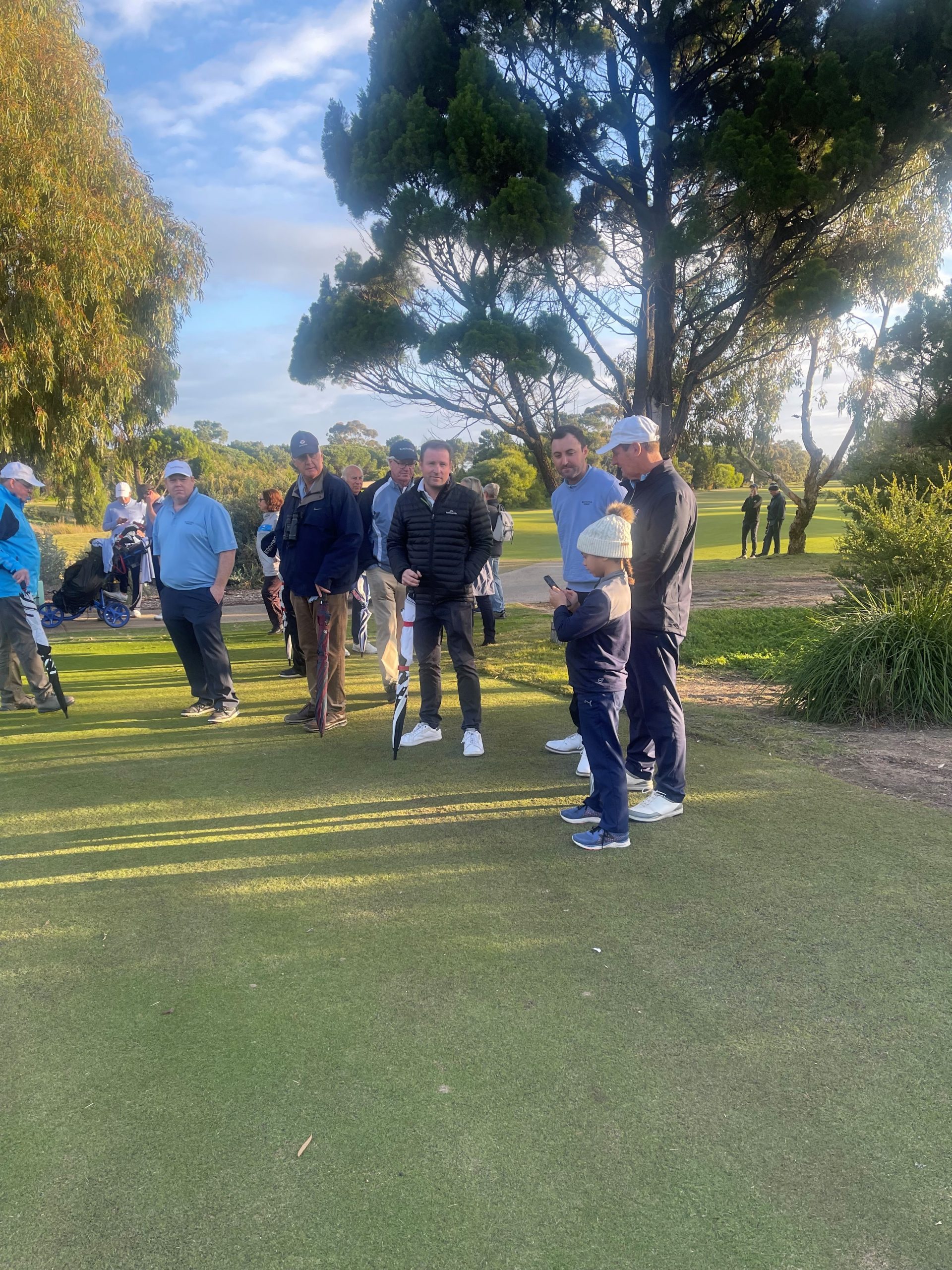 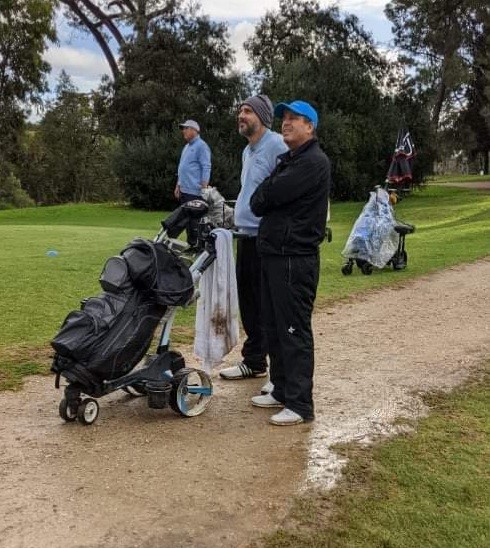 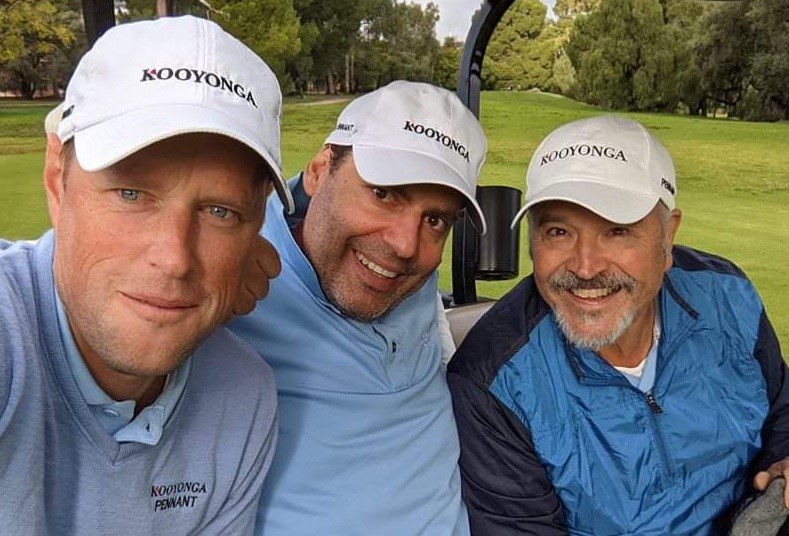 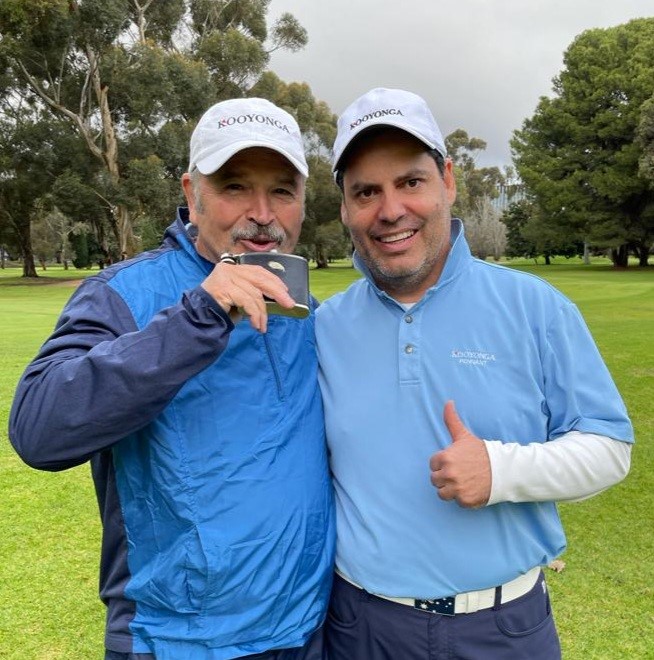 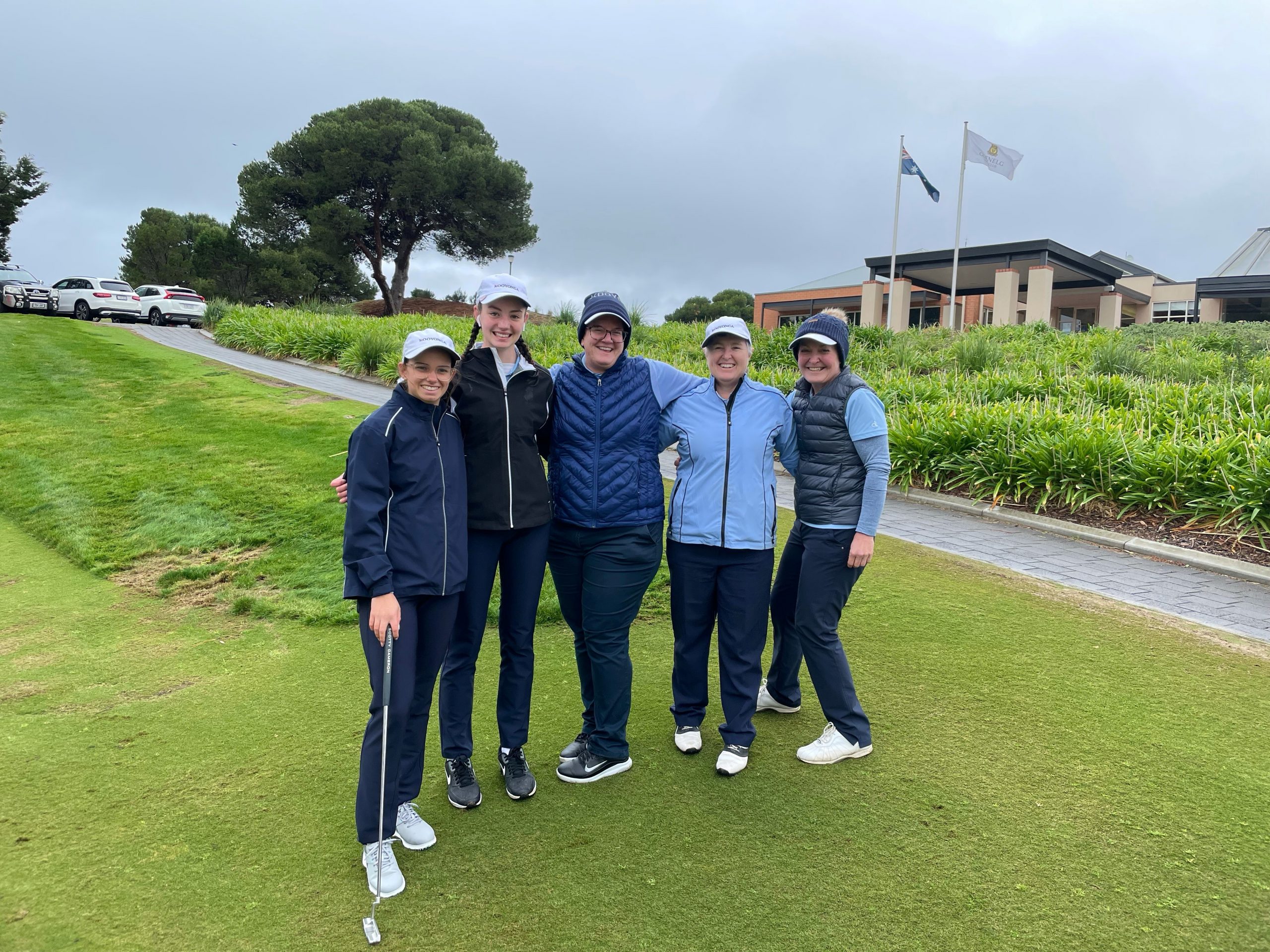 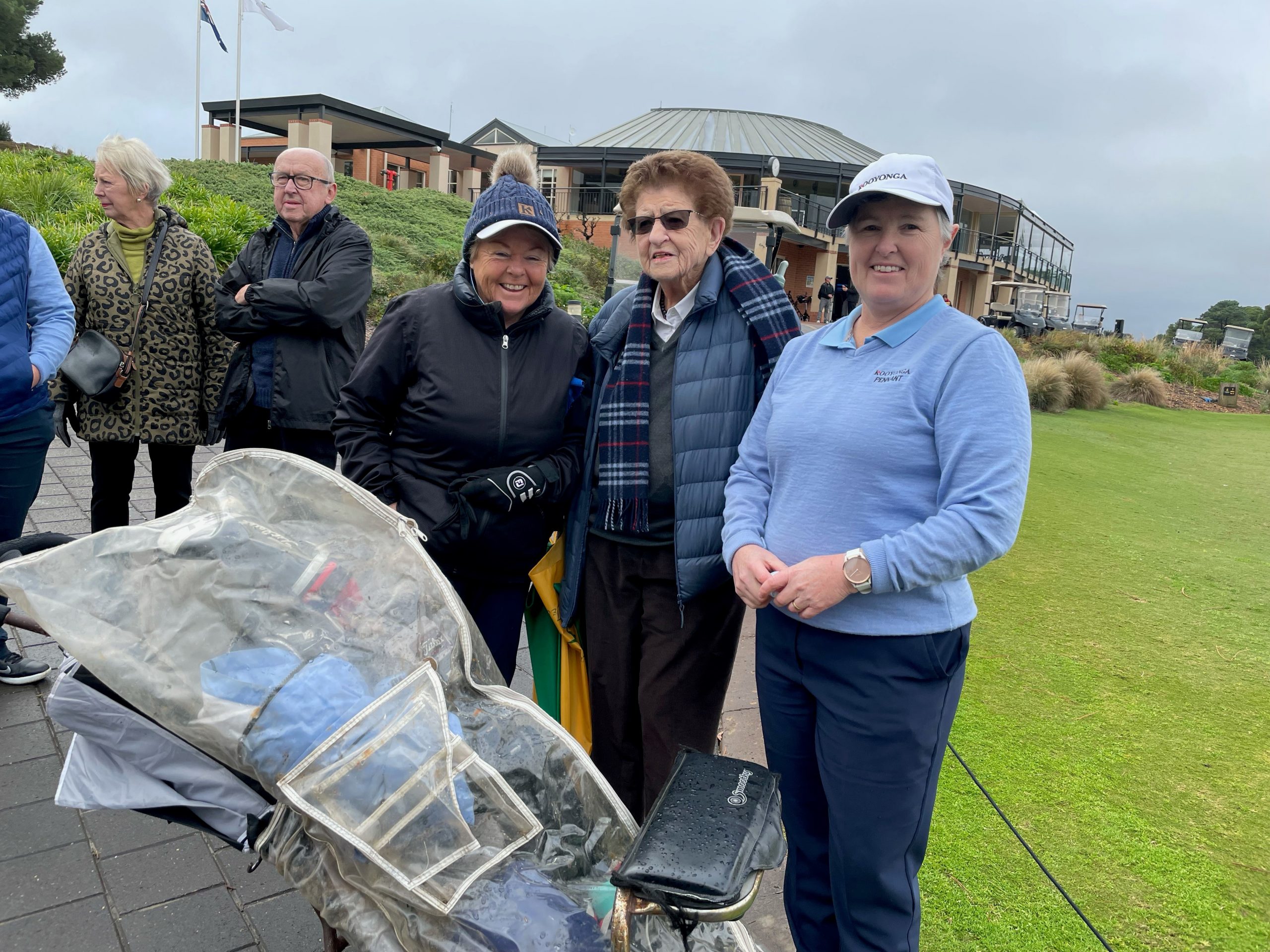 Sanderson Cup – Pauline Sanderson, Lyn McGough and Jane Hunter all rugged up ready to tee off 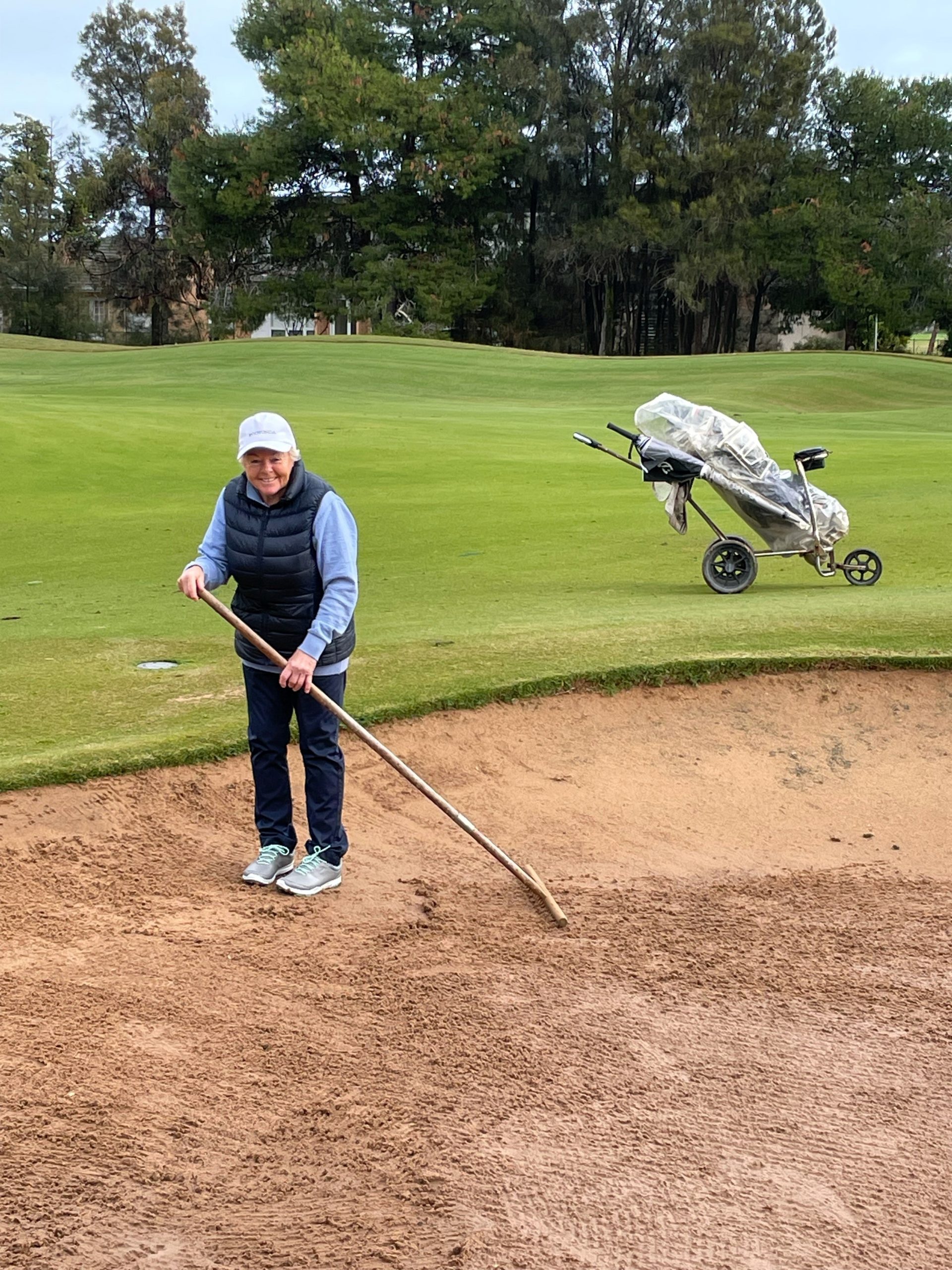 Sanderson Cup – The caddies had plenty to do at Glenelg 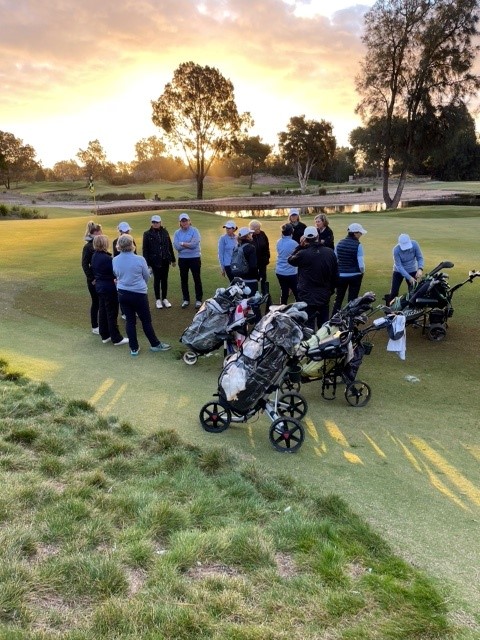 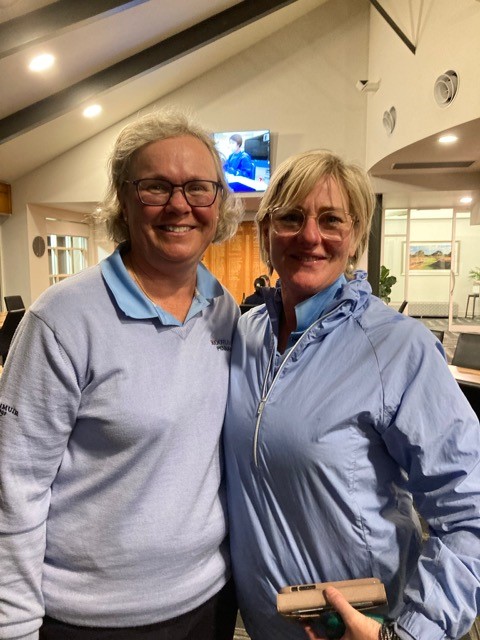 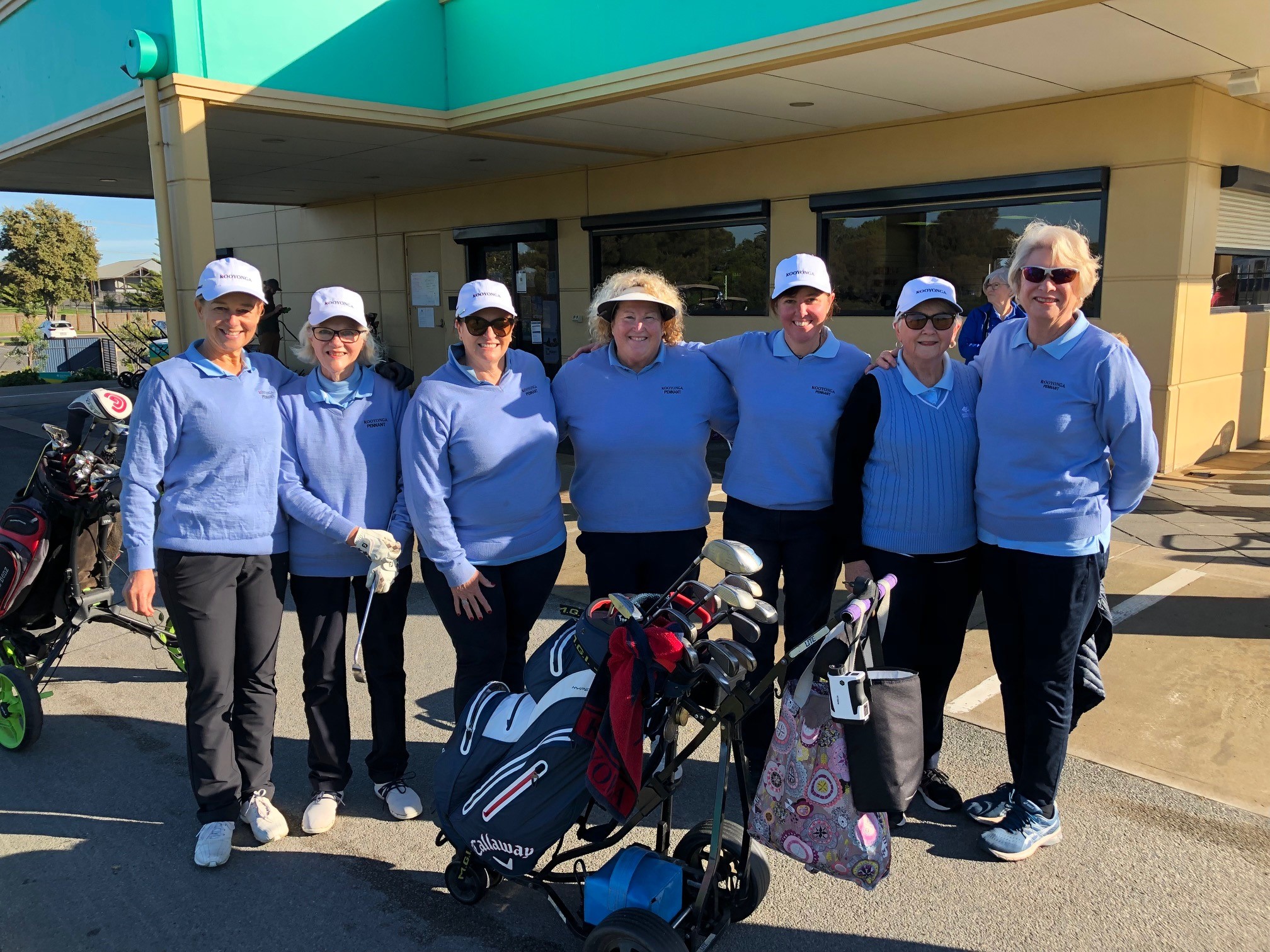