Well done to our Sanderson Cup team who defeated The Grange 3/2, keeping their position on top of the ladder. Unfortunately Simpson Cup lost to Glenelg 3/4, however we were previously unbeaten and remain on top of the ladder. Our Bonnar Cup team were also defeated by The Vines 3/4, as were Pike Cup defeated by Glenelg 1/4, Sharp Cup defeated by The Grange 0/5 and Junior Div 2 defeated by Glenelg 0.5/4.5. On Monday our Women’s A3 played home at Kooyonga but unfortunately lost to Glenelg 2/3. Our A4 team played well halving with Blackwood, but our Cleek 2 were defeated by Westward Ho 0/5. This week we see the finals rounds before heading into semi finals. Please see below for full results.

This week we played an emerging Glenelg team at Links Lady Bay. Will and Heath continued their unbeaten run and posted solid wins to get us off to a strong start. Brayden came up just short against an experienced opponent and when Geoff won the 18th to secure a half, we had our nose in front at 2.5 to 1.5.

The last 3 matches proved to be the decisive ones. All 3 matches went down 18 but unfortunately the Glenelg boys closed things out very strongly and just pipped our lads. Freddie’s putt on 17 lipped out which saw him go to 1 down and was unable to peg this back down 18. Joel at number 2 was all square with 2 to go and finished par, birdie, however his opponent birdied both holes including holing a bunker shot on 17. Frank at number 1 was very keen to continue his winning season. This match was very tight all day and in the finish he made a great up and down on 18 to secure a half. This was a very high standard contest, demonstrated by Frank eagling the 3rd and birding the 4th and securing 2 halves for his efforts.

The boys were disappointed to lose however they understand that we just need to stick to what we are doing. They are very focused on finishing the minor round with a win against Flagstaff Hill at Grange East. We still sit top of the table and must win this weekend to ensure we stay there.

In Bonnar Cup, our match against The Vines  was crucial to our finals hopes. After 9 holes we held a huge lead in 2 matches and The Vines had a huge lead in 1 match with the remaining 4 matches evenly poised. They were able to convert 2 of the 4 into victories but the other 2 remained square. Their 4 matches to 3 win dislodged us from 3rd place in the finals race and we are now equal 4th with Blackwood.

We now face Regency Park in the final match at North Adelaide. A win by The Vines against Blackwood next week in the late match will certainly help our chances to play finals in Bonnar Cup pennant.

A great Sanderson Cup team win again today 3/2 over The Grange at Blackwood. Some action shots of our great caddies are included below. The Sanderson Cup team recorded a solid win against Grange at Blackwood in fine but heavy conditions. Matilda and Emily fought hard but were beaten, which left it to Lyn McGough, Hayley Hunt and Christine Hildyard to bring home the final three matches. Christine stormed home winning 4&3, Lyn 3&2 and Hayley 2&1 posted solid wins to secure the team win and top spot for the minor round, with one round left to play. What a great privilege for the Kooyonga players to play and be top of the ladder in an event named after Pauline Sanderson who is watching our progress intently each week. How lucky we are. We’re looking forward to another challenge next week against Glenelg at Glenelg.

Sandy Creek is a tough track with fast breaking greens. Glenelg was in fine form fighting for a win against Kooyonga. Kay Pike was there all day watching the match closely as the mother of Fiona Pike who the Cup is named after, with Kay keen to watch her two favourite clubs play against each other. A tough battle was expected but great weather and light winds made conditions great for good hitting. A number of players had not played the course on both teams which made it tricky with a number of blind shots over hills. Isabelle was off to a great start but unlucky at the end to be run down. Linda, Melissa and Jill all taking it to last few holes against some fine form opposition. Jodie Deacon brought in a win one up. Great support from the caddy crew again this week who volunteer many hours in the day to support the Squad.

WOMEN’S A3, ROUND 7
Monday 21 June 2021
Kooyonga lost to Glenelg 2/3
LEADERBOARD
It was a fabulous effort by the Women’s A3 team today, with great wins by Penny and Merry. Jan, Ann and Jo fought to the end but unfortunately going don on the 18th, 17th and 15th respectively. The weather was kind to us and Kooyonga presented beautifully for all the teams playing in the A3 Pennant competition.
Helen Berry
Women’s A3 Pennant Team Manager

The A4’s finished the season with a square against Blackwood playing on a beautiful but chilly morning at Thaxted Park. Unfortunately Zoee was injured and had to withdraw at short notice. The rest of the team gave it their best with two fabulous wins – Jane Hunter 6/4 and Barb Burnet 5/3 with Pip Oxenham and Amanda MacKenzie taking it to the 18th Hole.

Well done to all the A4 Players for a tough but good season and to all the wonderful help from their caddies.

The very tight Cleek team have made the finals finishing 3rd on ladder and off to the Semi Finals on Monday at Westward Ho. Good luck team on behalf of the Club and looking forward to seeing you in the grand final. 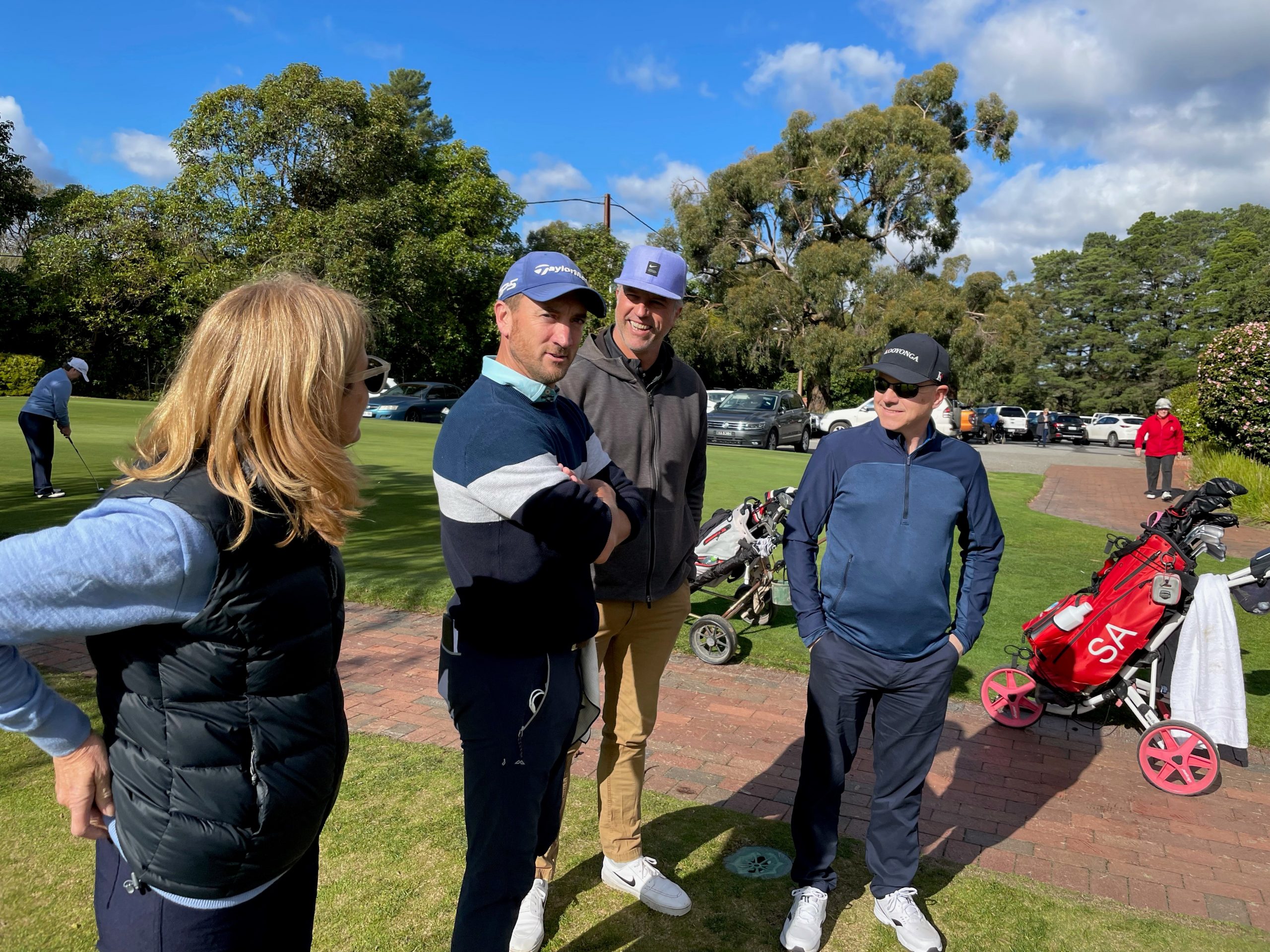 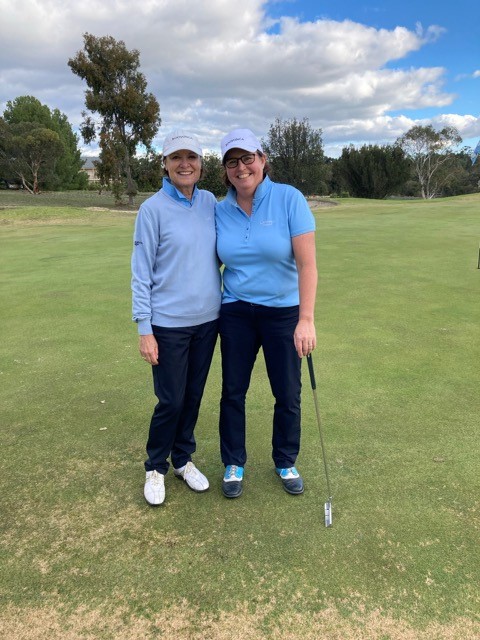 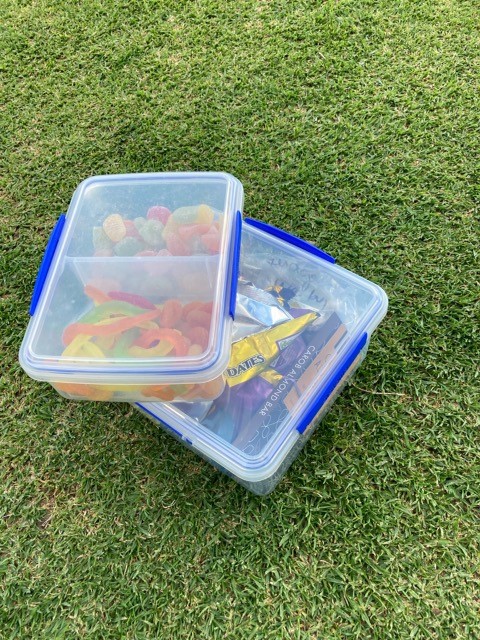 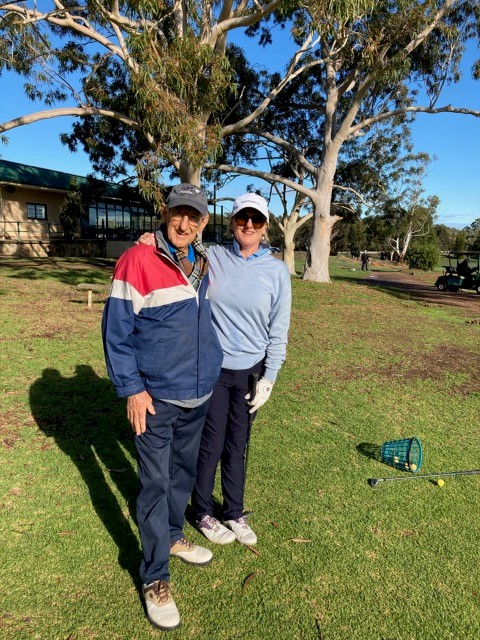 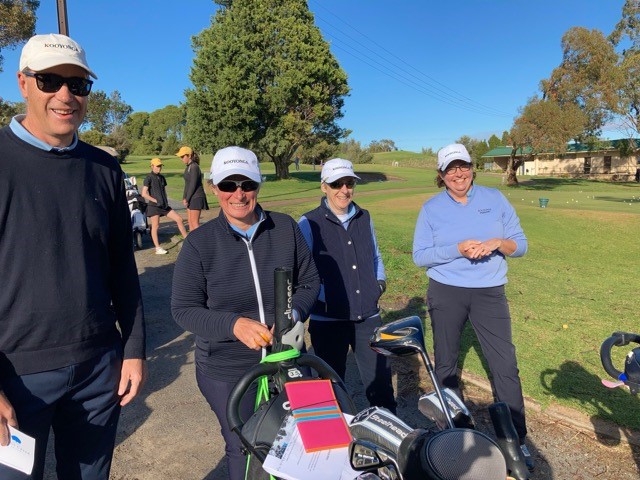 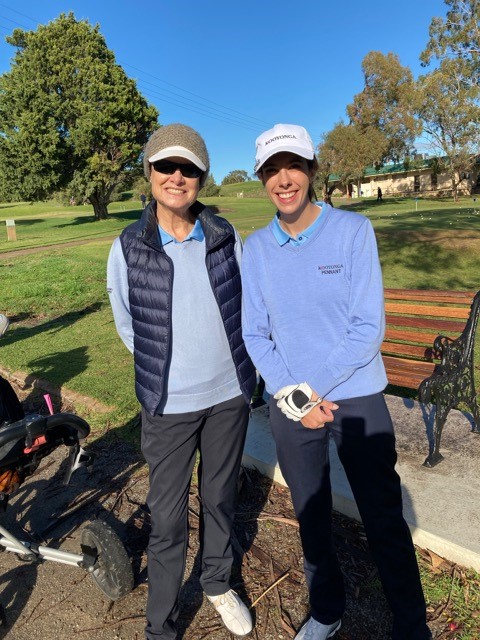 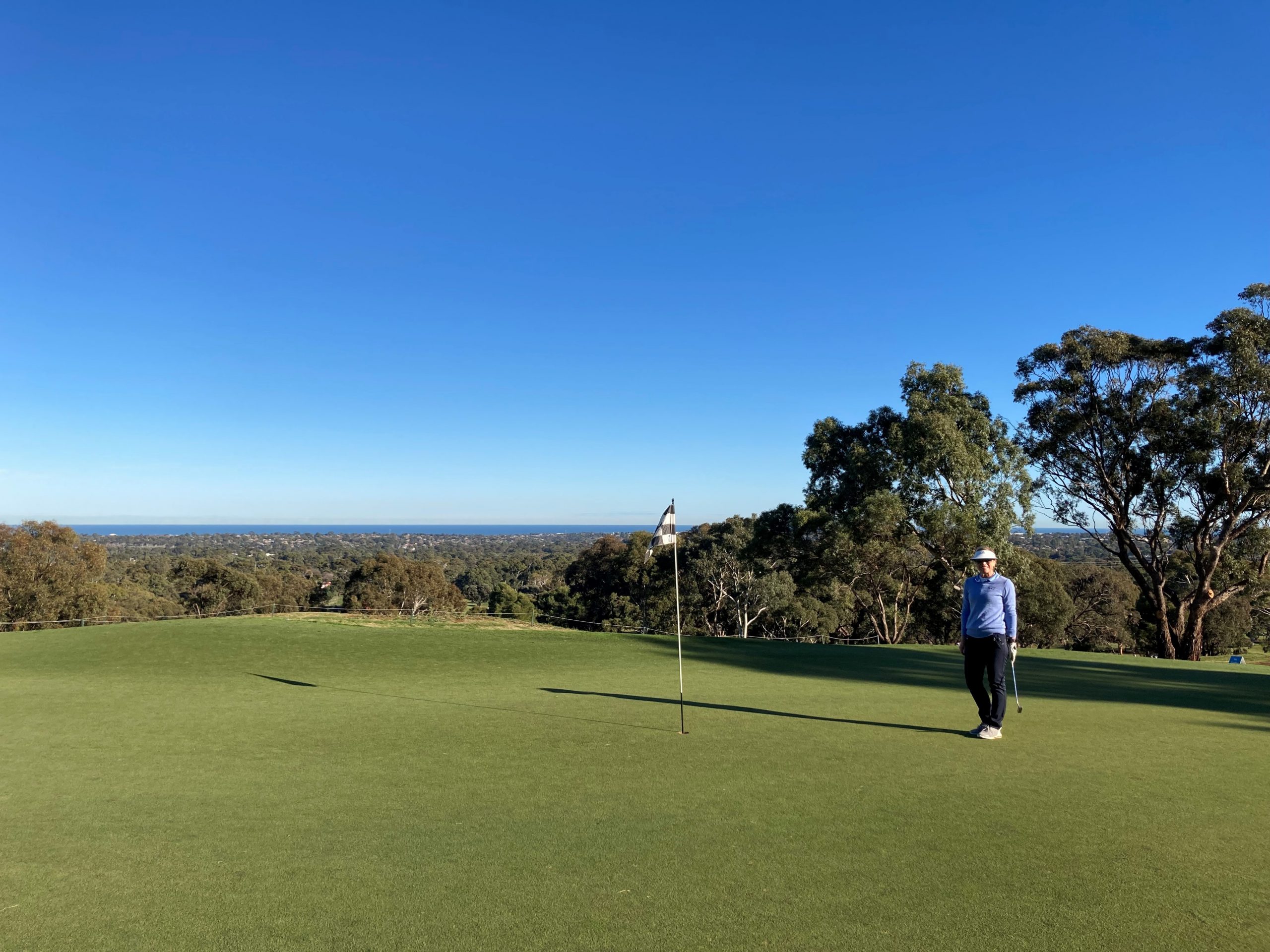 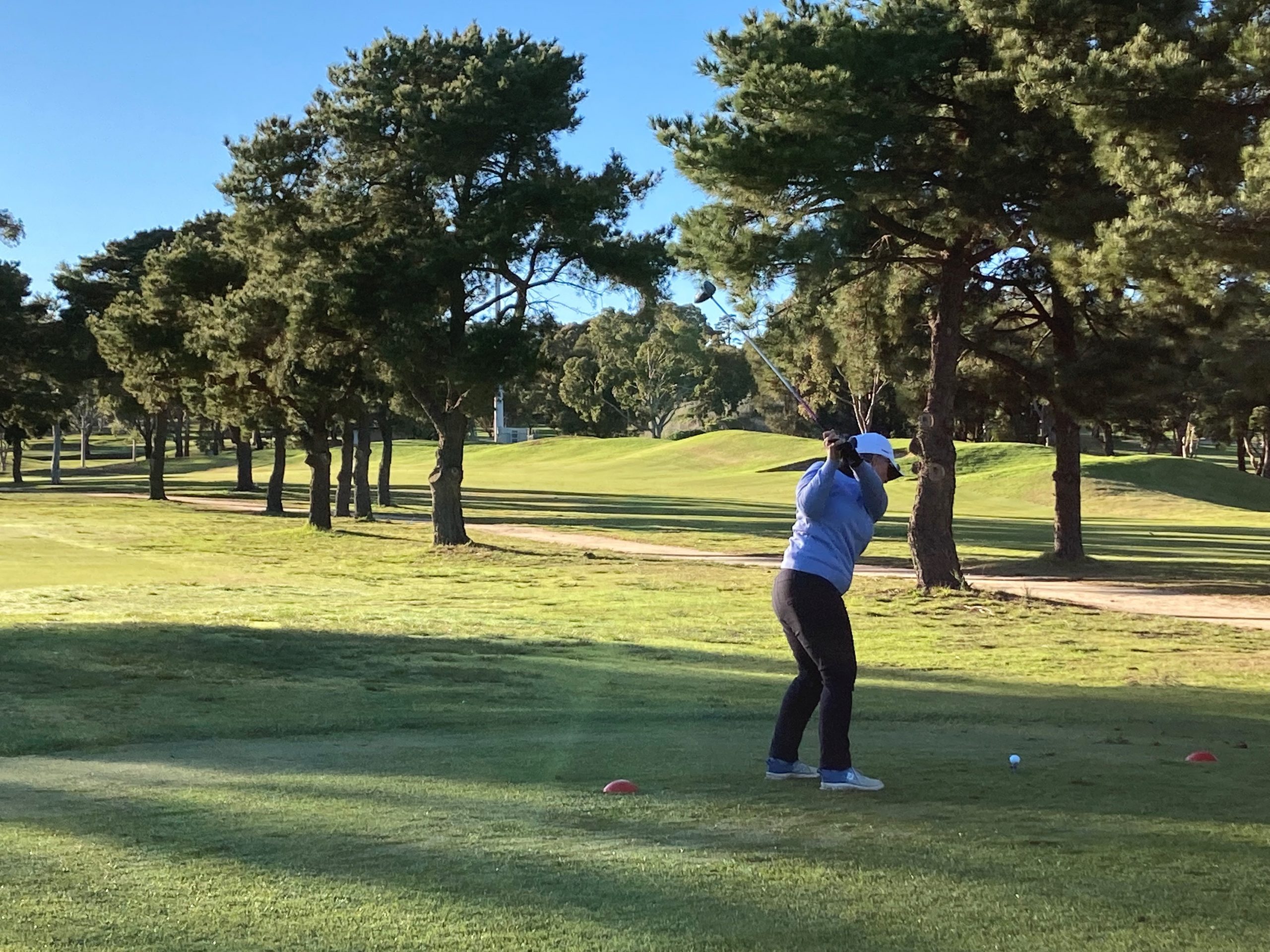