A home game for Sanderson Cup saw a win for our team defeating Royal Adelaide 5/0 and Pike Cup also playing home and defeating their opponent Mid North 4/1. It was also an excellent round this week for Simpson Cup defeating Royal Adelaide 4.5/2.5. Unfortunately our Bonnar Cup and Sharp Cup teams were both defeated but Junior Div 2 halved with Royal Adelaide. On Monday the tough conditions saw a loss for our Women’s A4 to Flagstaff Hill and Women’s A3 to Blackwood, but our Women’s Cleek 2 halved with Glenelg. Please see below for full results. This weekend there is a break over the June long weekend but matches start up again Sunday 20 and Monday 21 June.

This week we faced Royal Adelaide at the Vines in a top of the table clash. It was deja Vue for us as the match was very evenly poised for the front nine. Will and Heath went onto post strong wins. Geoff tried valiantly to fight back from an early deficit, however fell short.

The other 4 matches were very tight and could have gone either way. Brayden in his second Simpson Cup match got his nose in front after 14 holes and was able to hold on with a composed effort on the 18th hole. Well done Brayden – your first Simpson Cup win and one you will always remember.

Joel was 1 down playing the last and played a great 2nd into the last hole, which secured a solid par and squared the match. Kyle’s match was also tight but he lost 16 and 17 to go down 2/1. So it all came down to Frank’s match. A loss and the contest would have been all square. Frank was 2 down with 4 to play and played some flawless golf to win 3 of the last 4 holes and record a 1 up win. An awesome effort against a very high quality opponent.

Once again the match was played with great intensity and spirit. The training that John and Dan are providing is giving us the edge in closing out matches so strongly. We have now won 5 out of 5 matches and sit 1.5 games clear on top of the table. That said we have had to fight very hard for most of these wins. We have qualified for the semi final which is at Kooyonga on Sunday 4th July.

The membership should be very proud of this team and it would be great to get a sea of blue out there to support on the 4th.

Changes to team structure during the week and on game day did not distract the Bonnar Cup team from their challenge… Grange at Grange. We lost a very tight game 4 matches to 3 with 3 of the matches decided at 18. Jack Speirs won his debut game at Bonnar Cup on the last hole and George Giotis who we asked to play early on Sunday morning, fell short at 18 coming back from 4 down with 5 to play.

Be assured all players gave their best against strong opposition. We need to defeat The Vines at Tea Tree Gully in 2 weeks time to ensure a finals berth.

A solid win for the Sanderson Cup team on Sunday, hosting Royal Adelaide in front of a strong home crowd to post a 5-0 win. The team was spurred on again by Pauline Sanderson who watched some terrific golf by the whole team throughout the day.

It was a great team effort again, with some brilliant shots played at pivotal times throughout matches to stop any momentum Royal Adelaide tried to generate including eagles by Emily Giotis on 13, and Matilda Miels on 10.

Everyone made a solid start with all matches square or in-front at the turn. The back nine brought out even more good golf, as we fought hard to bring solid wins in all 5 matches.

Thanks to the efforts again from our caddies Simon, Alex, Jane, Helen and Chris who are a big part of the team wins, and it was great to have the Pike Cup team there to support our final matches.

PIKE CUP, ROUND 3
Sunday 6 June 2021
Kooyonga defeated Mid North 4/1
LEADERBOARD
It’s always great to get a win on our home course. Our 4/1 win on Sunday was fabulous but belies the tough battle we had against the experienced Mid North team. Kooyonga’s bunkers, always a challenge, were difficult for our opposition, some of whom come from courses without bunkers. As always, our team played with good spirit and represented Kooyonga so well. Melissa Nelligan continuing her great run and Rachael Fry with a convincing win and great form playing number one in Pike this week against the top player for Mid North. The caddies are integral to every result. Our only loss went down to the wire with caddy, Mitch Trenorden, on fire from his medal win the day before, guiding Belle Tye to a superb chip from the path to the right of the 10th tee on  to 9th green (final hole).

WOMEN’S A4, ROUND 5
Monday 7 June 2021
Kooyonga lost to Flagstaff Hill 2/3
LEADERBOARD
Monday was a tough match for the A4’s playing against Flagstaff Hill at their home course with a 3/2 loss. On a positive note – Pip Oxenham had a good 3/2 win after being down in the early stages and Amanda MacKenzie pulled herself out of being 4 down mid round  to finish on the 18th 1up!! Unfortunately we couldn’t scrape another half to hold our own against the home team advantage but we really tried in very blustery conditions – good effort A4’s.
Ros Brown
Women’s A4 Pennant Team Manager 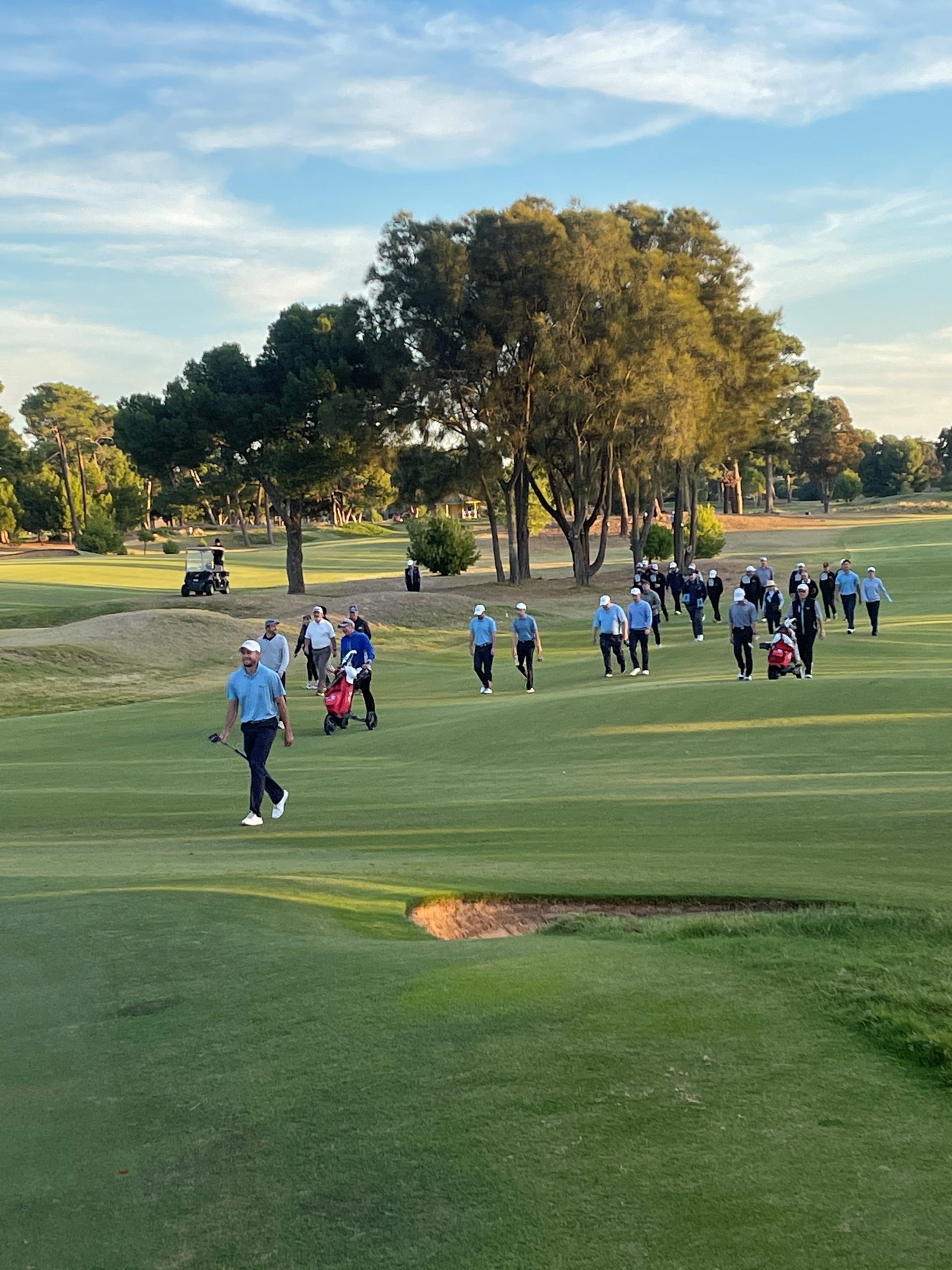 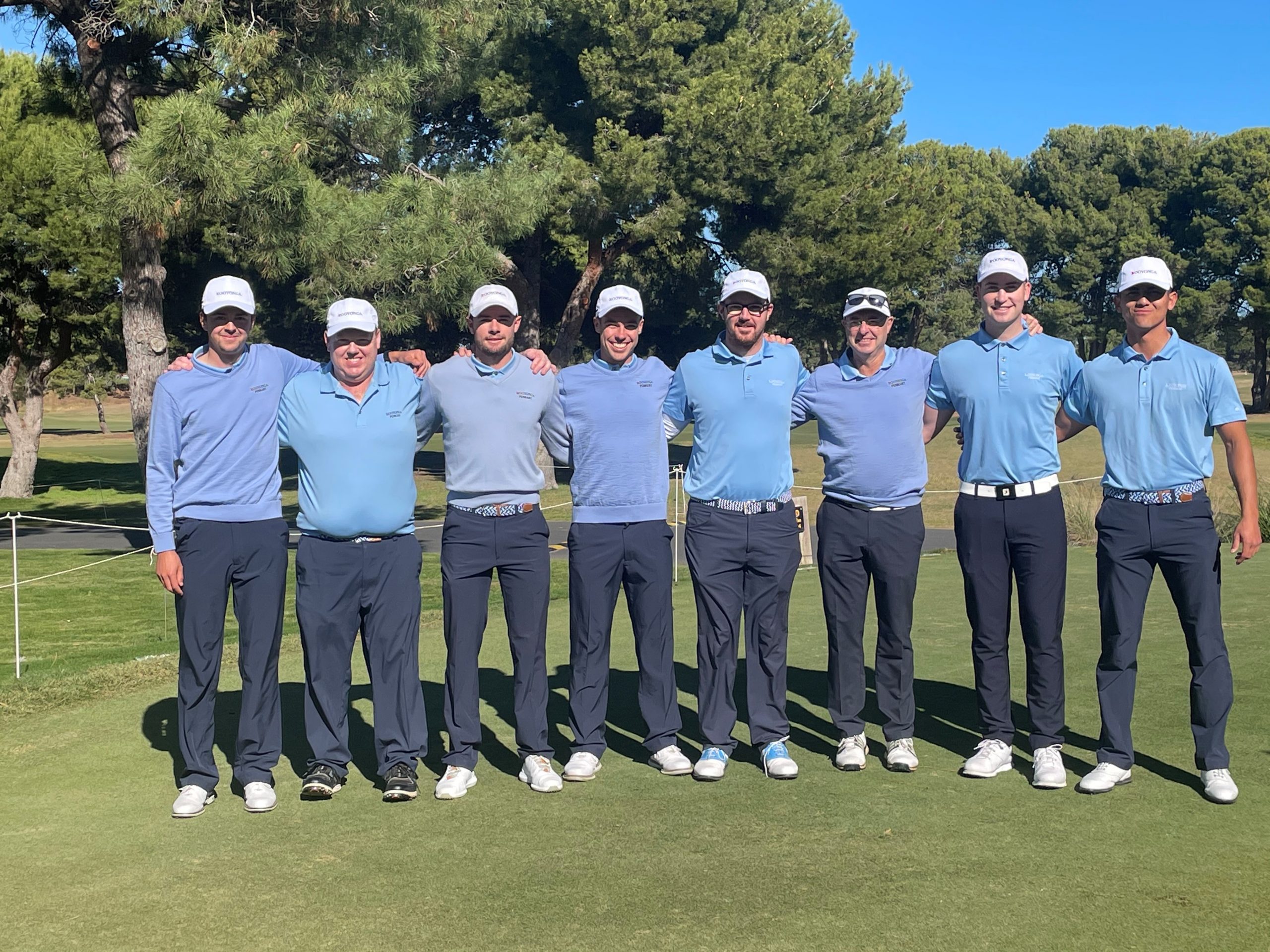 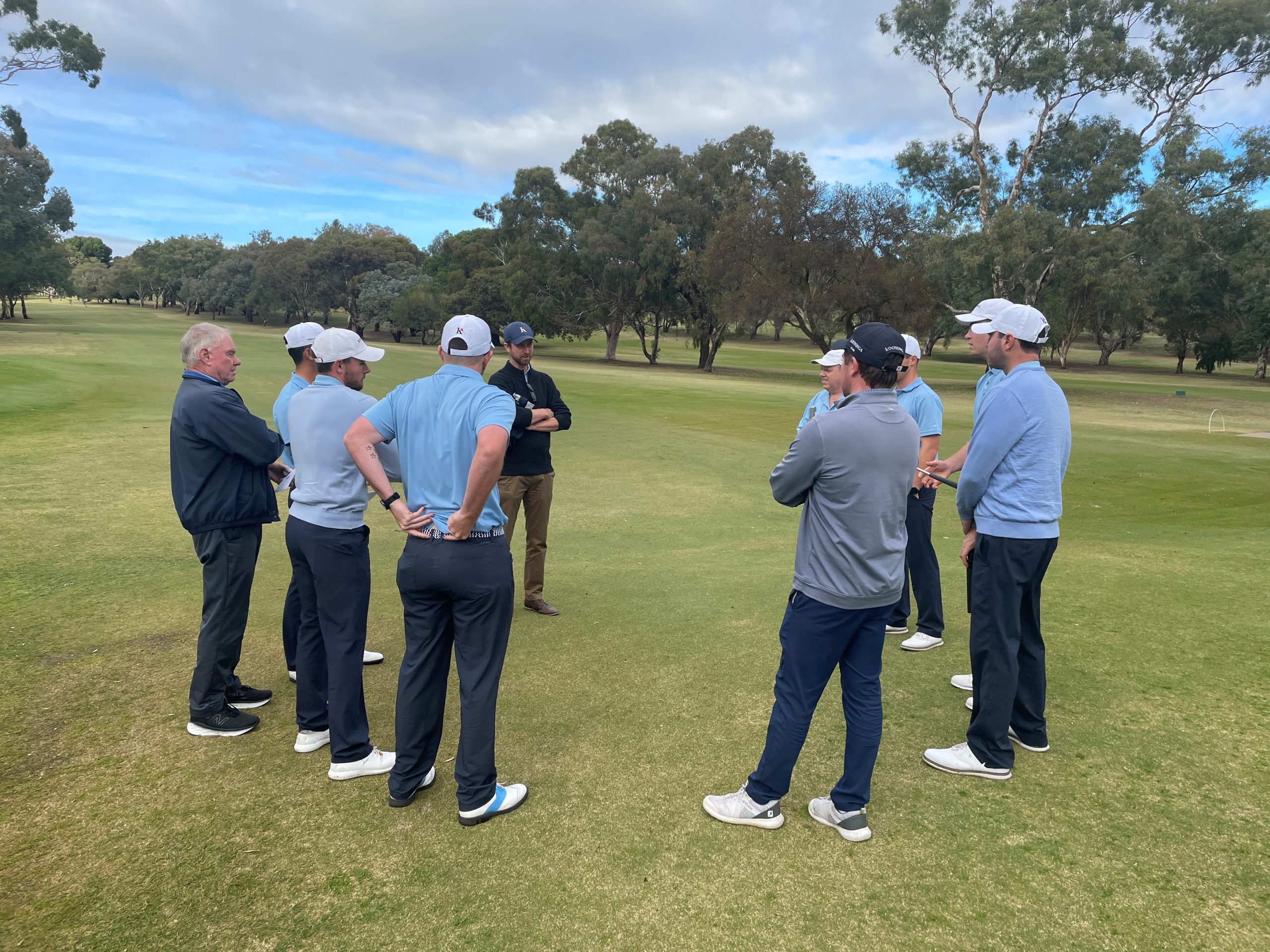 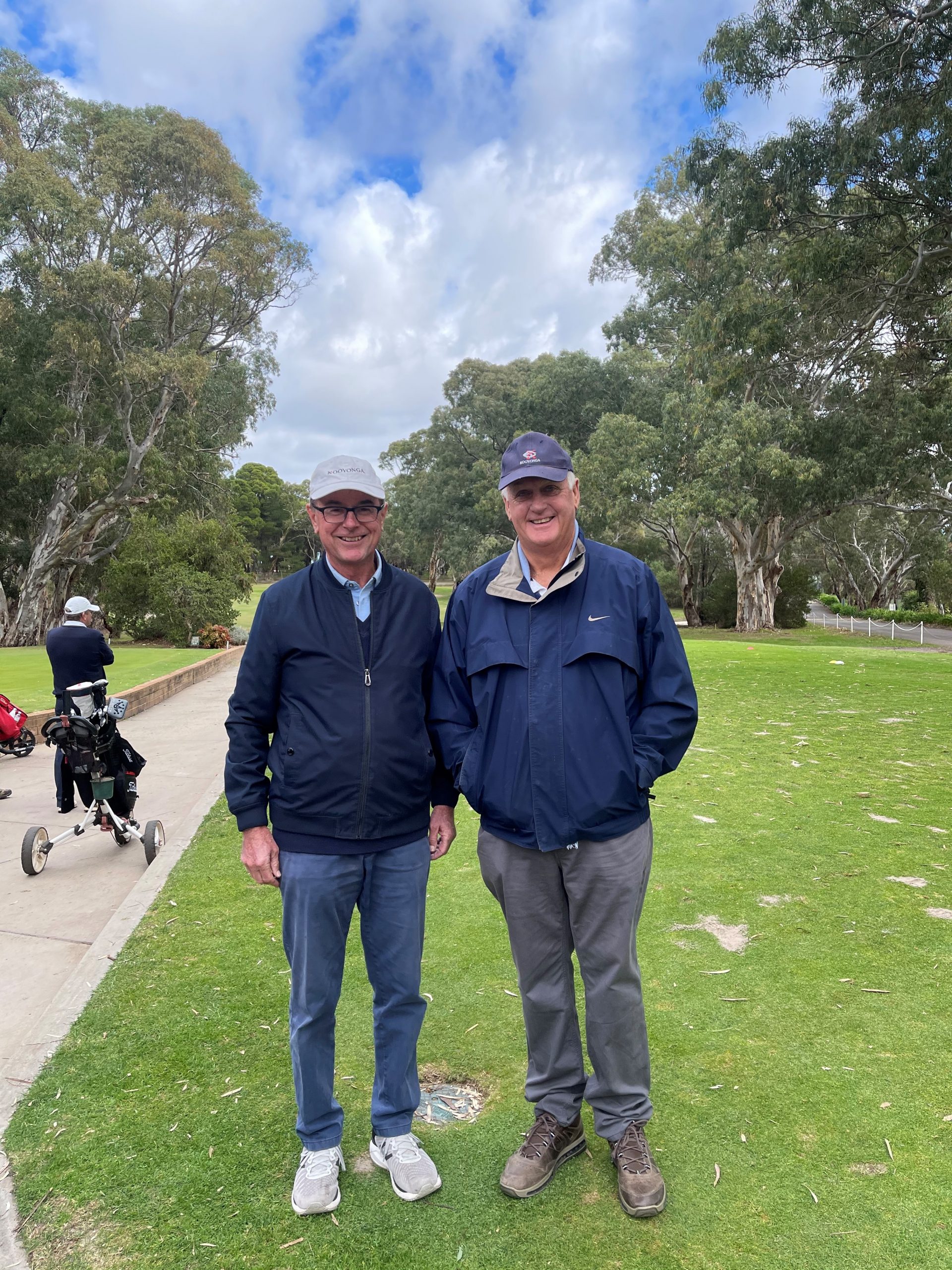 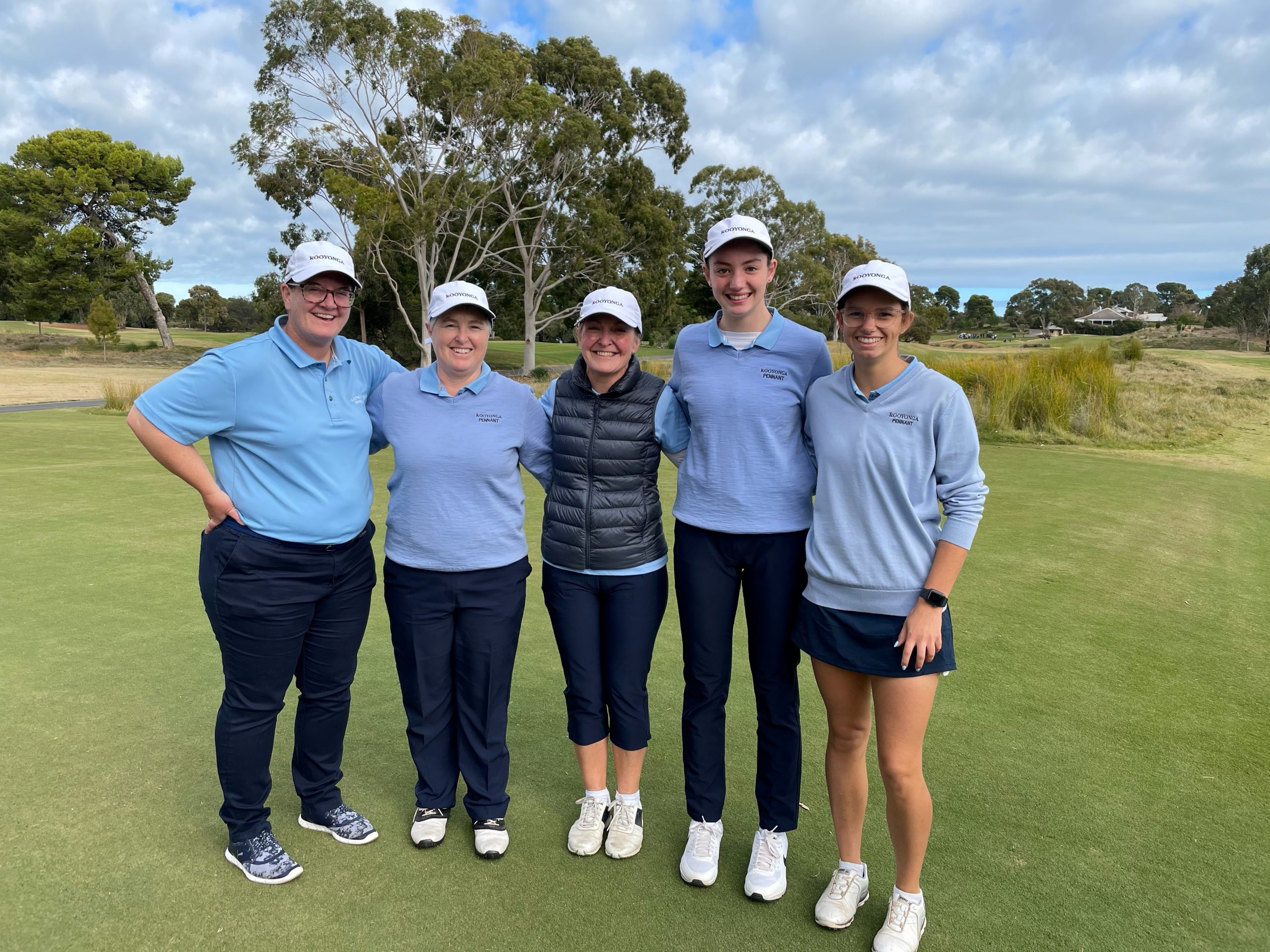 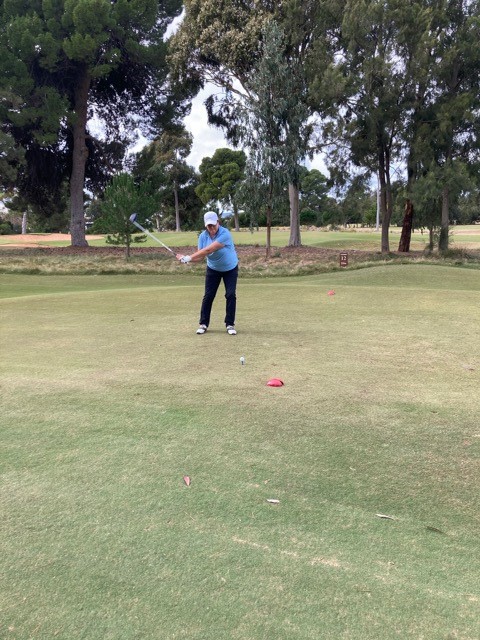 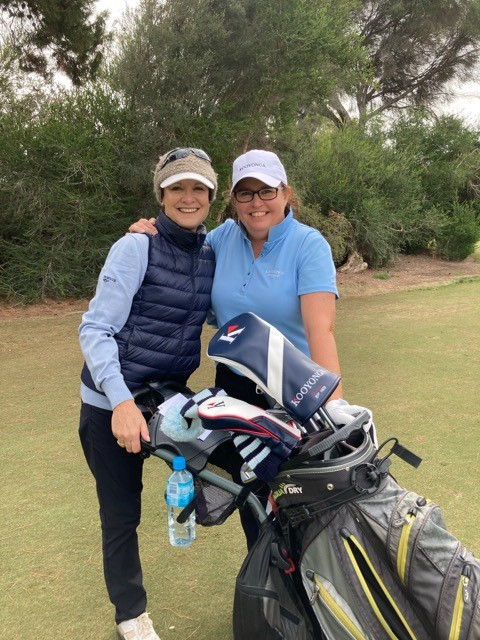 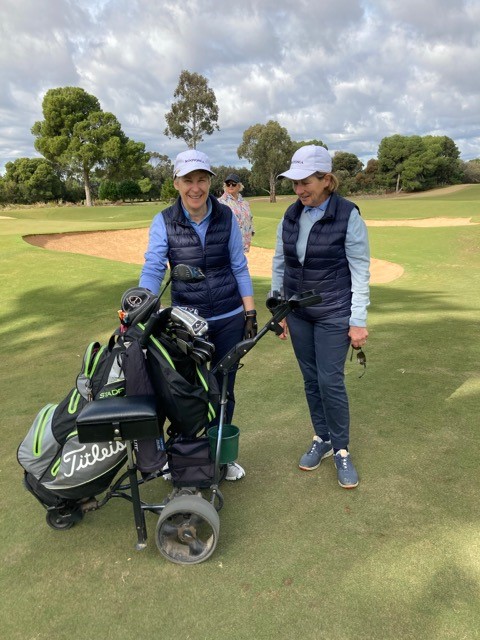 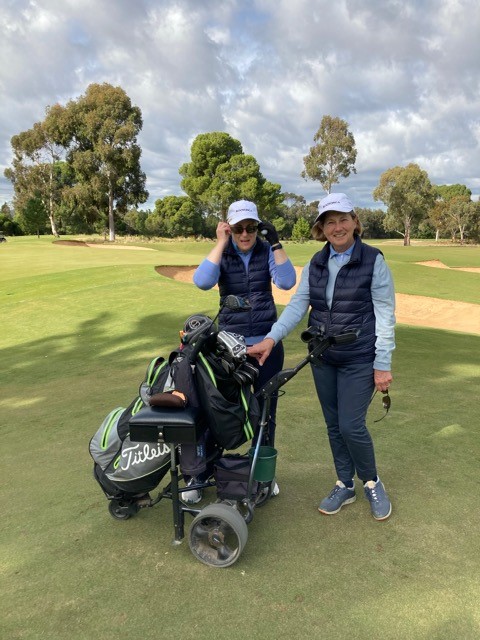 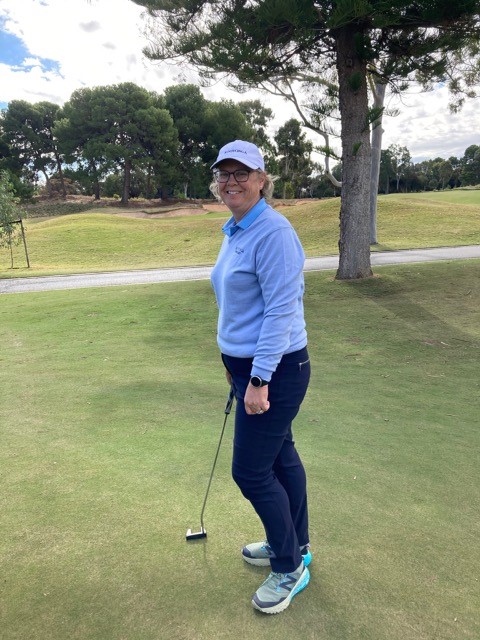 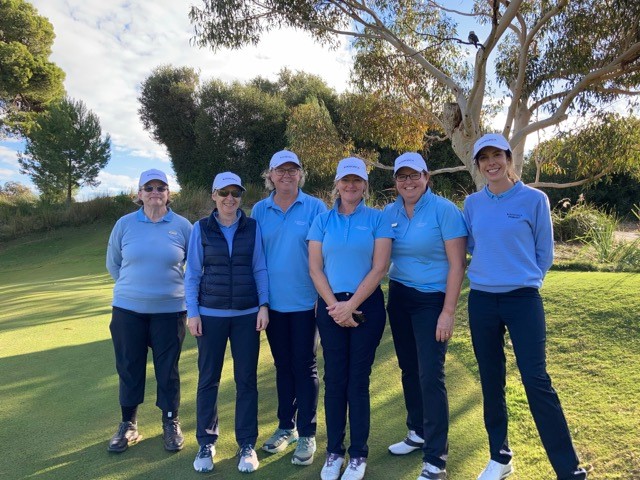 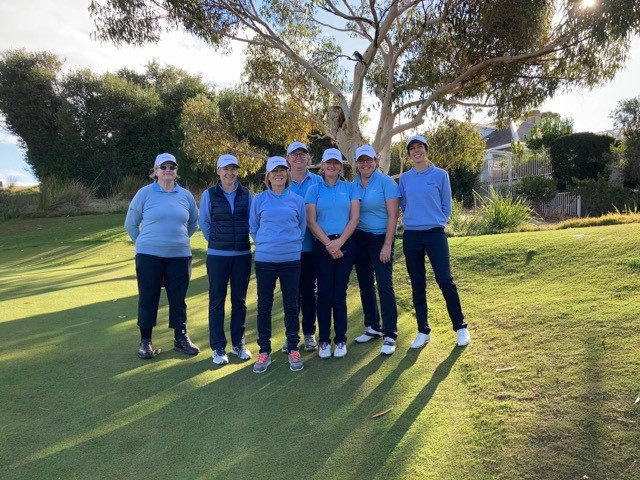 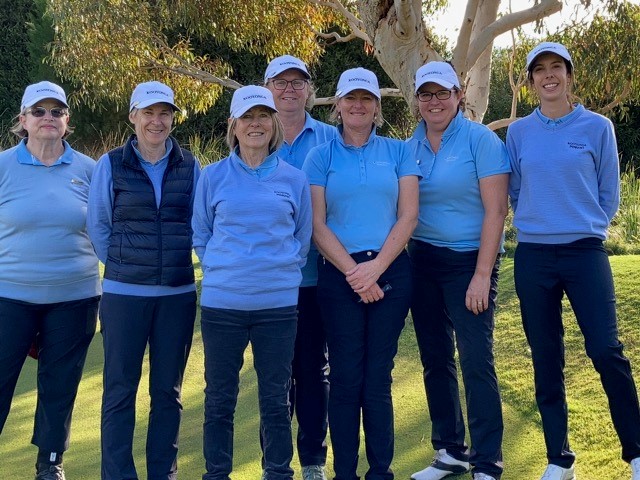 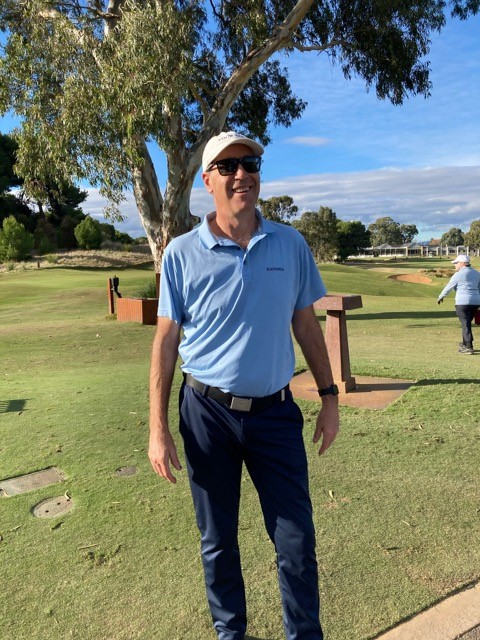 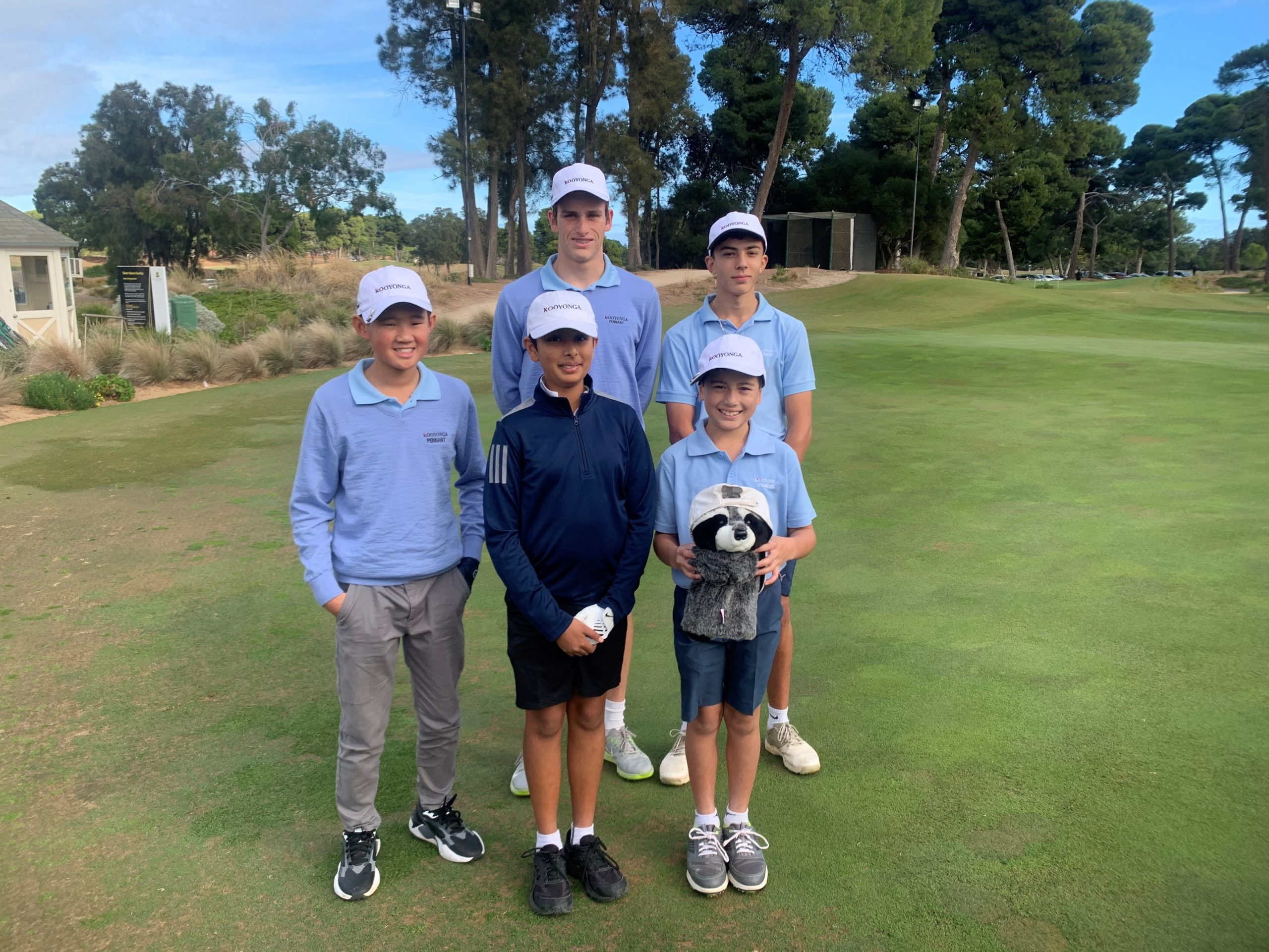 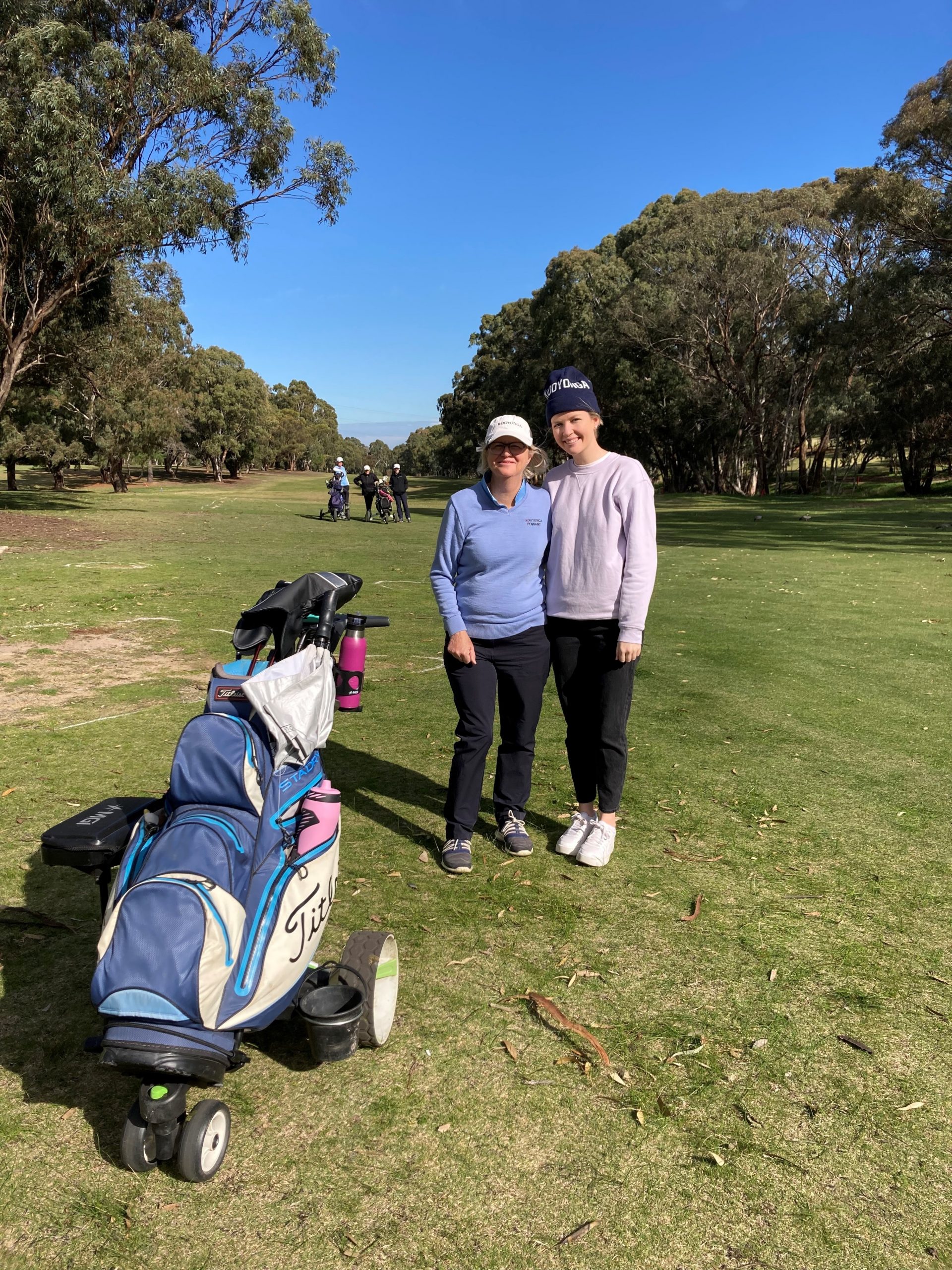 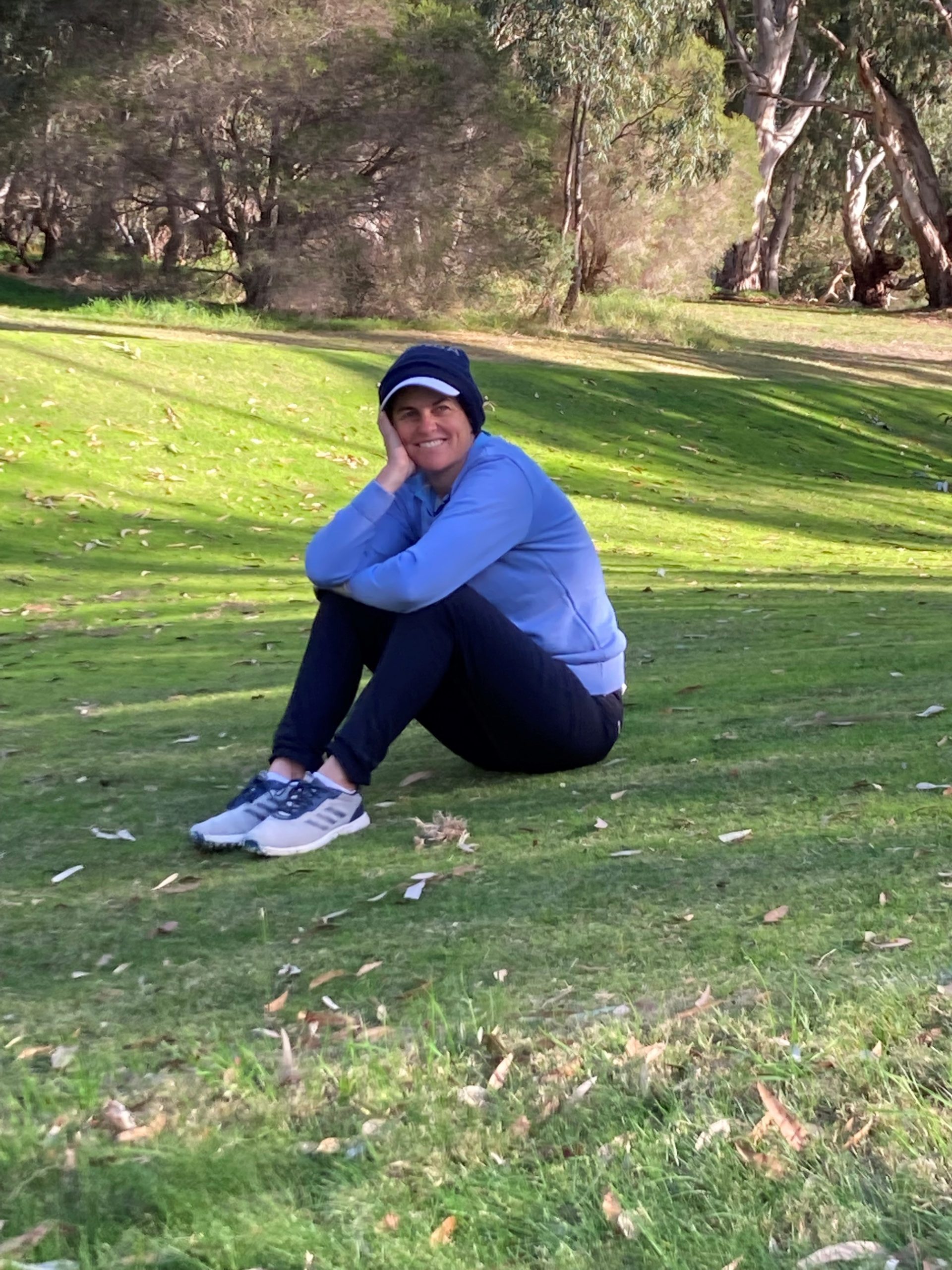 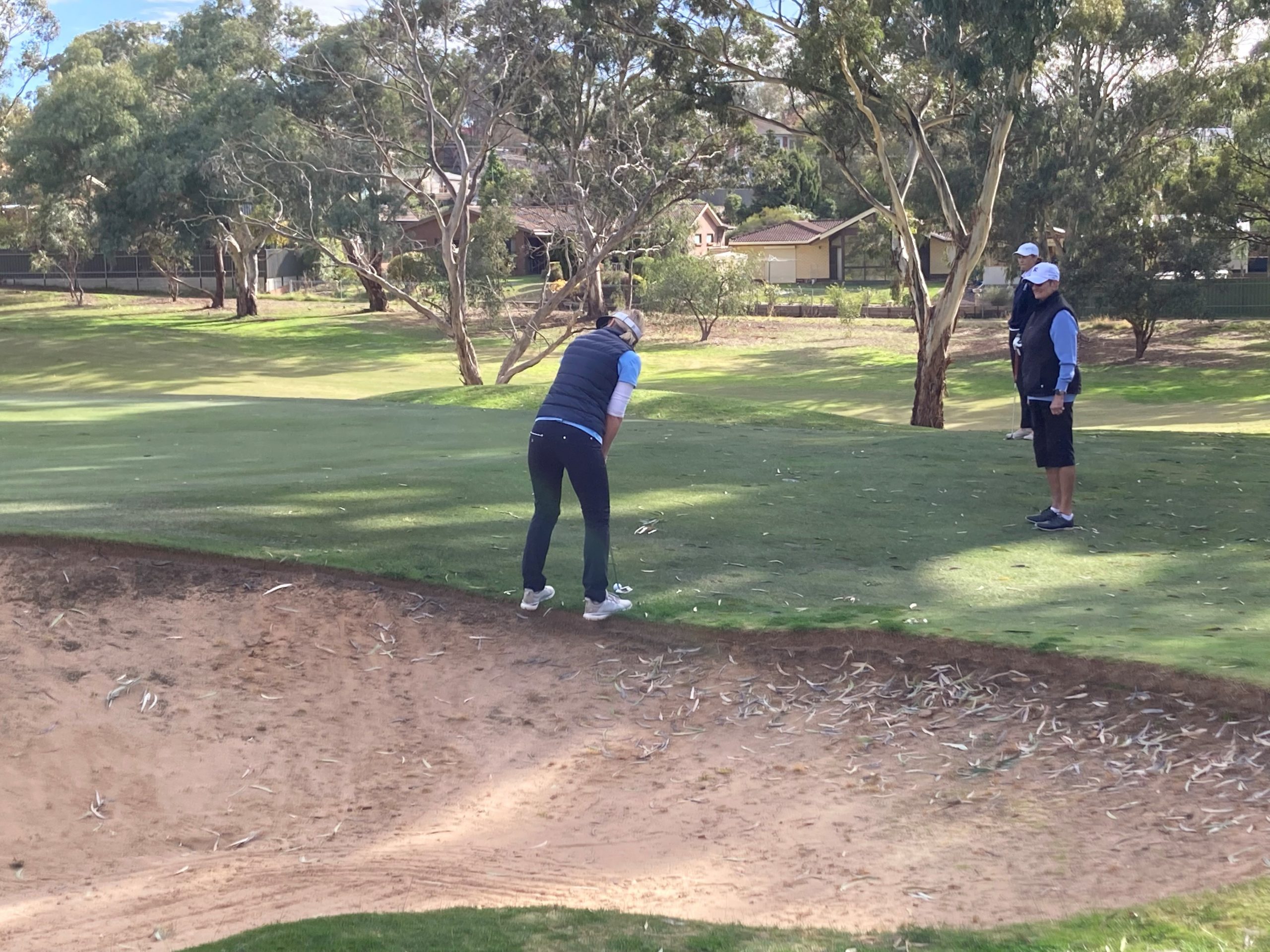 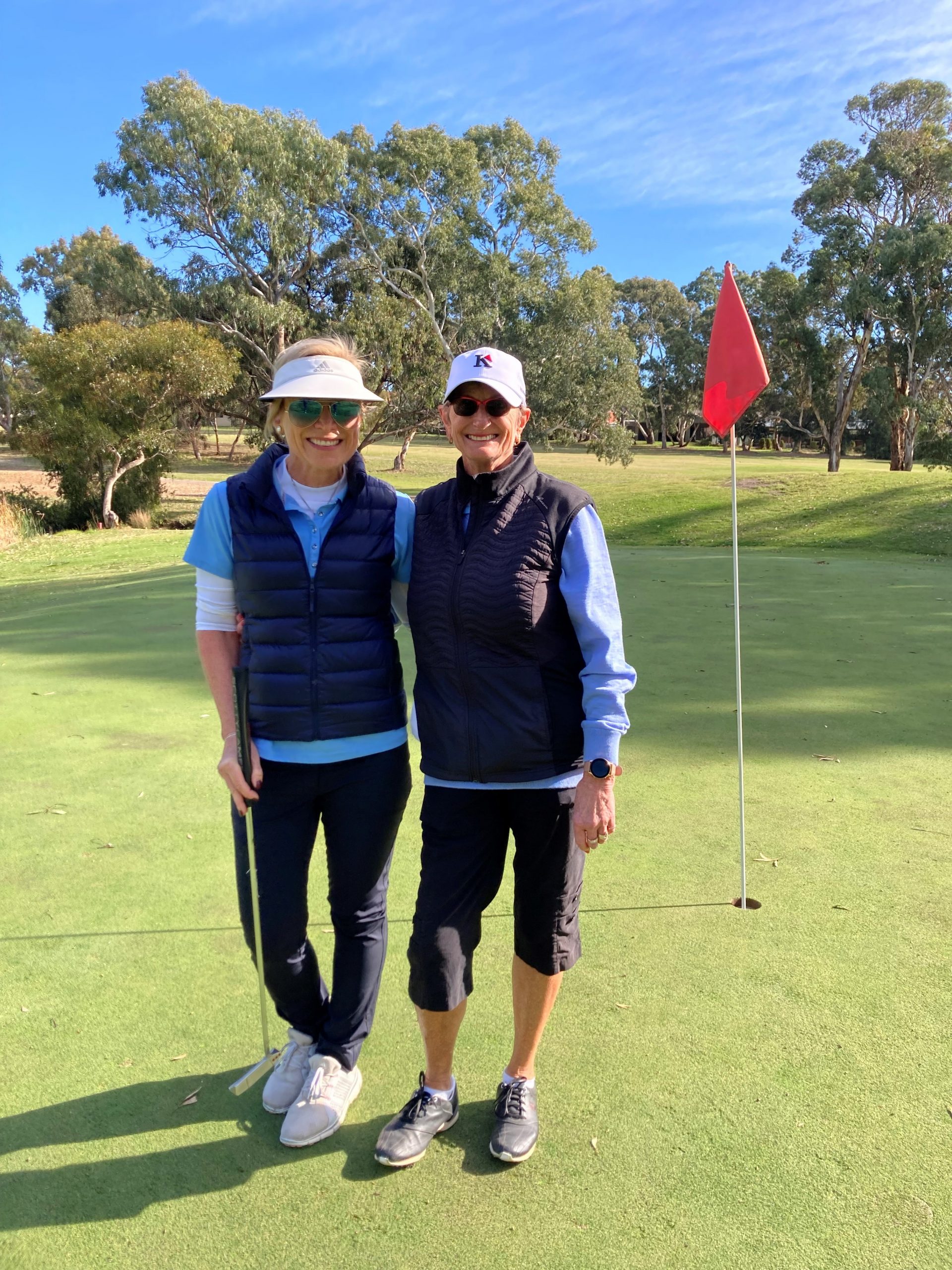