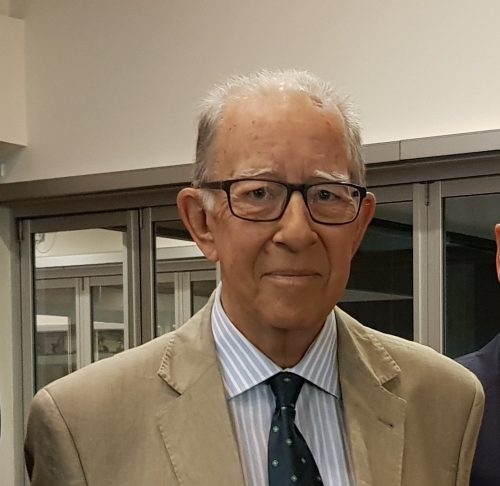 It is with an extremely heavy heart that I write this article. Of course, it is to acknowledge and celebrate the life of David Martin who has just passed away. Following the recent death of John Blunden, we have lost another member of Kooyonga royalty.

David was an eminent, low-marker golfer with a smooth, methodical swing, for which many of us were extremely jealous. He represented the Club fifty times in the Simpson Cup, winning on twenty-six occasions and halving twice. This is a very fine win/loss ratio in a very strong competition. He won many Club events including being a medallist on ten occasions.

David Joined Kooyonga in 1974 and soon came under the influence of two people, Bay McDonald and Graham Keane. Both these gentleman had forged great reputations in golf administration. They both had been Club Captains, Presidents of SA Golf and Presidents of the National Australian Golf Union. It was not long before David became one of Kooyonga’s delegates to SA Golf, a position he held for well in advance of 20 years. He became its Vice President in 1994, remaining so until 2005 when he became the President. He was still President at the time SA Golf and SA Ladies Golf merged in 2008. Most of this time he was a South Australian delegate to the Australian body 1994 to 2008 when the Australian Golf Union merged with the Australian Ladies Golf Union. He remained on the new Board until 2010. If this merger had not taken place for two years, David was ear marked to become the old Australian Golf Union’s President. He was elected to manage the Australian Amateur Men’s team when it toured New Zealand in 2004.

His contributions at a State level included being on SA Golf’s executive Committee for 15 years. Also, he was on the Committee which staged the major tournaments we enjoyed between 1996 and 2006. These tournaments at Kooyonga included the SA Open, SA Ford Open, Jacob’s Creek and Nationwide Opens.

I first met David in 1973. He was a nephew of the Administrator at Prince Alfred College and was enjoying some work experience at the College at that time. He was a genial, quiet, self-motivated young man who endeared himself to the College staff. This took place during holidays while he was studying for his Law Degree.

Golfing genes were well and truly engrained in David as he was a nephew to the great Bill Shephard one of, if not the greatest player to have been a member of our Club. His mother Gwen, was Bill Shephard’s sister. David’s two cousins, Sandy Robinson and Skye Jarvis who are daughters of Bill, are still very much involved at Kooyonga.

He was elected to Kooyonga’s Committee in 1988, became Vice Captain in 1993/94 and then Captain for the years 1995/96. I served as his Vice Captain in this time. He became the Club’s President in 2012/13, but due to ill health, did not complete his three year term. I was privileged to propose him for Life Membership of our Club in 2013, which was unanimously endorsed by the members.

At the conclusion of our 75th celebrations in 1998, David wrote me a letter thanking everybody connected with the activities. I want to share two things he outlined in said letter. Firstly, after saying what a marvelous week it was, he wrote (and I quote) “I have always been proud to be a Kooyonga member, I am now even prouder, if that is possible”. Then, his last sentence, and I quote “Only one question remains – how do we top that in 25 years?”.

He was always of the opinion that more should be done to educate new and young members of the Club in the history in the development of the Club, that they are now to inherit.

David was 66 years of age when he passed away, still a relatively young man. However, the last seven or so years of his were very difficult times for him. Suffering from a severe disease which necessitated him travelling to the dialysis clinic at Payneham twice, sometimes three times, a week were extremely laborious. But he was a fighter and until recent times, he was still able to make his way to Kooyonga to keep in contact with his host of friends. He might not have been able to complete 18 holes on some occasions, other times he would arrive not to play, just to have a coffee and a yarn.

He will be sorely missed, the world needs more people like David. Well played David, rest in peace.